EBFA meets with Commissioner over area closures to bottom-fishing 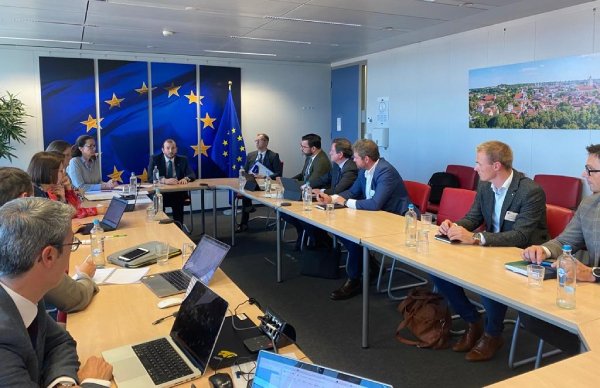 EBFA meets Commissioner Sinkevičius to outline the sector’s concerns regarding the area closures, but frustration remains

The European Bottom Fishing Alliance (EBFA), which represents more than 20,000 fishermen and 7,000 European vessels, met with the Commissioner for Maritime Affairs and Fisheries, Virginijus Sinkevičius, to alert and present in person the consequences of the implementing act establishing area closures in 87 areas across the Atlantic.

EBFA also raised the issues of the principle of proportionality, the low legal quality of the proposed regulation as well as the lack of real consultation with stakeholders and lack of best scientific data to support parts of the new regulation. 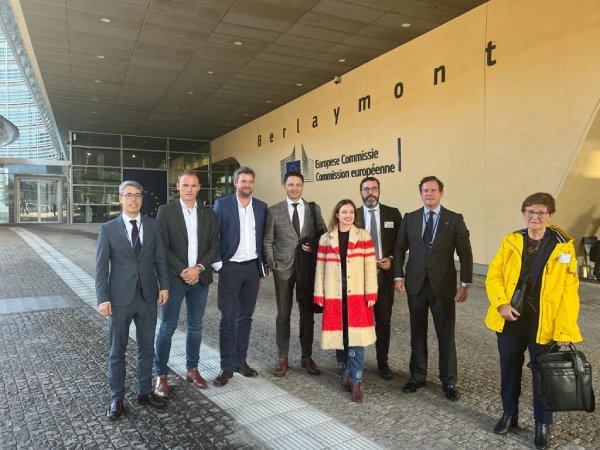 Members of the EBFA team who met with the Commissioner yesterday

A measure out of line with the principle of proportionality

While EBFA obviously supports the protection of vulnerable marine ecosystems, the Commission has prohibited fishing in a total area three times larger than necessary: for 5 237 km2 of VMEs to protect, the European Commission has prohibited fishing in 16 419 km2 (see appendix). This lack of proportionality is particularly concerning and does mean further closure of marine areas with no need for protection. According to EBFA, it would be like putting an area closure in the Alps where you may be trying to protect the peak while the closure will protect the whole valley.

A threat to European food sovereignty and safety

Bottom fishing is a major contributor to European food sovereignty: it accounts for more than one million tons of fish caught each year, i.e. 25% of total catches on a European scale. While the European Union already imports more than 70% of the fish consumed each year by European citizens, it is surprising to see the European Commission reinforcing this dependence through a disproportionate regulation.

It is particularly shocking that the European Commission refuses to study the economic and social consequences of such a decision, which endangers the future of bottom fishing in the Atlantic and therefore threatens more than 10,000 fishermen.

What’s more, the Commission has failed to consult the competent European bodies (in this case the Scientific, Technical and Economic Committee for Fisheries – STECF), or conduct any socio-economic impact study which is contrary to European regulations and even the Treaties. This poses a threat as to the legality of the measure.

“We welcome the opportunity offered by the Commissioner to meet and debate this crucial issue in person. We also appreciate the commitment to improve the consultation process and the underpinning science in future processes. For the EBFA, it was useful to plainly lay out the sector’s fear and expose the shortcomings and negative consequences of the EC’s implementing act. We have requested, once more, to Commissioner Sinkevicius to suspend this measure until the new science and impact assessment are available.” Mr López concluded: “The sector does not dispute the need for VME protection. However, the EU cannot afford to waste squeezing marine space for fishing. We could understand the closure of 5 237 km2 of real vulnerable ecosystem areas but cannot accept, neither understand, the total closure of more than 16 400 km2 for no apparent reason.”

The European Bottom Fishing Alliance is a fishing industry coalition representing over 20 000 fishermen and 7 000 vessels, ranging from artisanal to large scale bottom fisheries in all waters of the EU, coastal and further out and in third country waters, that have come together to defend, support and showcase the environmental, economic, social and cultural realities of active bottom fishing gears operating across the European Union fishing nations.

EBFA meets with Commissioner over area closures to bottom-fishing 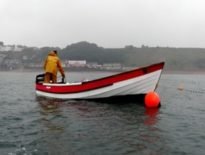 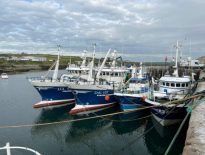