EAPO offers Commission feedback on the functioning of the CFP 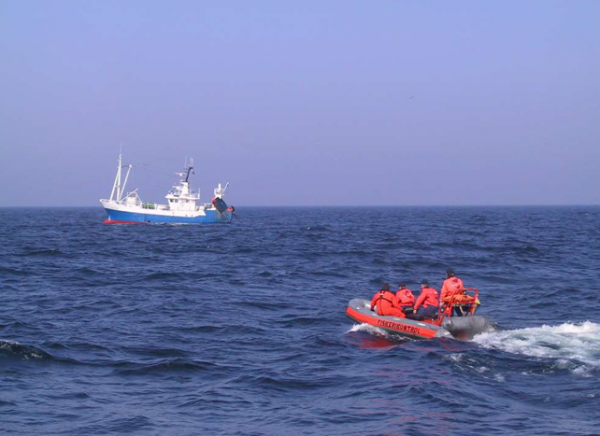 EAPO has offered the Commission its feedback on the functioning of the CFP. Photo: EFCA

The European Association of Fish Producers Organisations (EAPO) has offered their feedback to the EU Commission on the functioning of the Common Fisheries Policy (CFP).

In their feedback the EAPO writes:

The successes of the functioning of the CFP

In relation to the functioning of the CFP setting up the Advisory Councils, where NGOs and industry can meet and discuss to provide advice to the European Commission, was very useful. This allowed for the Commission to send responses directly to the advisory bodies creating a direct line of communication. EAPO finds it important to enhance this direct line on policy and implementation between legislators, managers and stakeholders.

EAPO also appreciates the European funding possibilities (EMFF and EMFAF) which have allowed and will allow fishers to better prepare their activities for the necessary transition to sustainability, including the objectives of the Green Deal, such as moving away from fossil fuels. These two funds also allow useful cooperation between fishers and scientists, which is, in EAPO’s opinion, one of the cornerstones of fisheries management.

The challenges of the functioning of the CFP

Regarding the functioning of the CFP, the Landing Obligation (LO) has been one of the most challenging aspects to implement at fishing vessel level. EAPO members have always insisted on avoidance and – when not feasible – minimisation of discards. The last options when avoidance and minimisation are not possible remain the exemption possibilities in article 15 of the CFP, such as de-minimis and high 2 survivability. EAPO has always stipulated that the LO is a means to reach the goal of the CFP, not a goal in itself. For the LO to contribute to achieving the goal, the flexibilities specified in article 15 should be put to better use. Avoidance of choke species consequences has been an important but time-consuming part of the implementation of the CFP and this should equally be addressed when reviewing.

On the one hand, EAPO considers that setting through the CFP a common objective of managing all stocks at MSY-level, has allowed for more visibility for European fishers and has had a positive impact on the status of fish stocks.

On the other hand, setting a deadline for reaching FMSY was counterproductive, having a result oriented approach on an indicator that is impacted both by fishers and by the environment makes reaching it near impossible [1].

The strict interpretation on the application of MSY, with a legal obligation to set quotas every year in line with FMSY, has on several occasions led to quotas being set far below the sustainable levels for some species. Further to creating problems for fishers who have to balance an abundant species with low quotas and a discard ban, it appears to be inefficient not to exploit the available resources. EAPO believes that it should be possible to find a more balanced approach that allows for a sustainable production of low carbon footprint food, without compromising the legal obligation of managing fisheries in line with MSY.

Another challenge EAPO would like to point out is the difficulty fishermen faced regarding science consideration by the Commission. There exists a gap between observations made by the fishers when fishing and the ICES advice. This gap creates difficulties when implementing the TACs and quotas. As fishers’ observation differ, the reasoning behind certain decisions is unsuccessful in convincing them, thus, increasing the perceived distance between fishing vessels and European bodies. In this respect EAPO believes that ICES’ work on stakeholder involvement can substantially improve this situation.

In respect of another aspect of the CFP, management plans, EAPO noted that interpretation may vary between the Commission and the fishing industry. A recent example of this is with the Baltic Sea management plan, where on Sprat, the Commission asks for scientific evidence of the positive impact of increasing the sprat TAC on the Baltic Sea cod biomass, whereas the EAPO Baltic Sea WG interprets it as needing to have evidence of negative impact of sprat on cod stocks. Generally, EAPO considers that to improve the functioning of the CFP, more frequently clarifying EU regulations to stakeholders will avoid misinterpretation.

In the stakeholder event organized by the Commission on June 10th, EAPO’s President stated that fishermen almost need to be lawyers in order to be able to interpret all the rules and regulations, on top of their skills to perform their fishing activities. This is due to the lack of clarity on the numerous existing and future regulations on fisheries. There is little chance that this will stop, as sustainability is being addressed on food systems through regulations, adding regulations to the already existing.

EAPO recommends to the Commission to work towards ensuring coherence between all these regulations.

EAPO offers Commission feedback on the functioning of the CFP 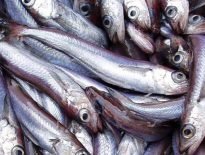 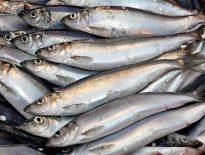