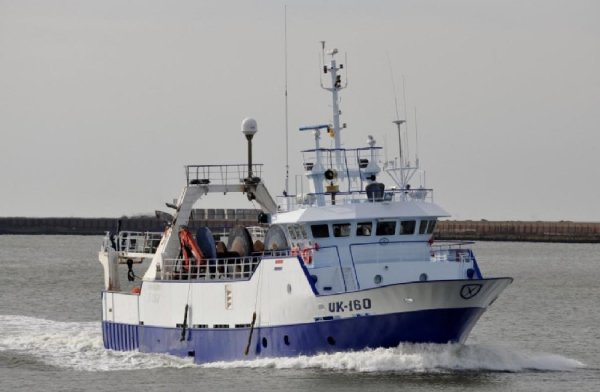 The Dutch Safety Board publishes its report into the sinking of the fishing vessel UK-160 ‘Riemda’, in the English Channel in December 2020

The Dutch Safety Board has published its report into an incident on Wednesday 23 December 2020, when the Dutch fishing vessel UK-160 ‘Riemda’ sank north of Dieppe in the Channel off the coast of France.

The crew tried to trim the vessel level in several different ways, but unsuccessfully. The vessel heeled ever further to starboard, at which point the fish waste discharge chute started to take on water. At a later stage, the hatch of this chute was closed, but despite these measures, the vessel continued to list ever further to starboard. When the angle of list to starboard reached more than 50 degrees, the engine room air inlet came under water, causing the stern part of the vessel to fill completely with water.

The crew members left the vessel, when the vessel was laying in the water, at an angle of list of 90 degrees. All crew members survived the accident without serious injury.

Failing bilge pump one of the causes of sinking vessel

The investigation proved that the direct cause of the loss of the UK-160 Riemda cannot be attributed to a single cause. It is certain that the initial cause was a considerable volume of excess water on the fish processing deck, which must have gradually accumulated. The investigation revealed no unequivocal cause for the way in which this volume of water found its way onto the fish processing deck, but in and of itself, this fact should never result in the loss of a vessel. The fact that the vessel was eventually lost was the result of a combination of multiple failing barriers.

In this investigation, the direct cause of the loss of the fishing vessel UK-160 was determined on the basis of the following central investigation question:

How could this occurrence happen, and what safety barriers failed?

The investigation proved with a sufficient degree of certainty that the direct cause of the loss of the UK-160 Riemda on 23 December 2020 cannot be attributed to a single cause.

The fact that the vessel was eventually lost was the result of a combination of multiple failing barriers. Specifically the following should be mentioned:
1. A failing bilge pump and the fact that a backup bilge pump system was not
continuously available.
2. The general high-water sensor (fish processing deck).
3. The leaving open of a closable fish waste discharge chute.
4. The insufficient watertight integrity of the vessel.

The failing bilge pump was a technical factor. This may also have been the case for the non-functioning of the high-water sensor. It is however also possible that a human factor played a role (manual shutdown). It is certain that a human factor also played a role in leaving the closable fish waste discharge chute open. However, this was not a question of negligence because the standard procedure on board was that the fish waste discharge
chute was left open during fishing and fish processing.

A general conclusion is that the crew used every possibility available to prevent the loss of the vessel. However, it became clear that within the timeframe available, the situation gradually worsened, and that at a given moment, the situation became unsalvageable, without external assistance.

The investigation excludes the possibility of a structural cause in the technical condition of the vessel, such as for example a perforation in the ship’s skin.

In the analysis, the following underlying investigation questions were further elaborated:

What can be said about the (primary) ship design in relation to ship stability?

The switch from deep sea fishery to twin-rig and fly-shoot fishery partially reduced the positive stability. However, it was determined in the investigation that the initial ship stability was such that the vessel should have been capable of remaining afloat faced with the volume of water present on the fish processing deck, irrespective of the way in which the water was taken on board. This capability was however subject to the condition of an adequately functioning bilge pumping system and a closed fish waste discharge chute.

Do the requirements specified in law take sufficient account of the effect that operational activities on shipping vessels can have on the initial stability margins?

The legal requirements with which fishing vessels must comply are based on broad international frameworks within which technical details are not fully defined. With regard
to symmetric stability, the investigation revealed the legal symmetric stability margins are sufficient. However, the fact that the stability calculations take no account of possible openings in the hull does represent a safety risk. From the moment that the opening in the hull becomes submerged, it is impossible to guarantee the originally calculated reserve buoyancy.

Have there been similar occurrences in the past, with the same type of fishing vessels?

The specific problem of fish waste discharge chutes positioned just above the waterline is common on fishing vessels with a comparable design, many of them originating from the same Spanish shipyard as that where the UK-160 Riemda was built.

Based on the investigation into this occurrence, the Dutch Safety Board has issued the following recommendations:

To the owner VOF Brands

To the Minister of Infrastructure and Water Management

2. Tighten legislation regarding the water tightness of compartments where fish processing takes place, in order to prevent that flooding of such a compartment results into the loss of the watertight integrity of the other compartments.

3. Adjust regulations regarding the obligation to have a continuous back-up in the bilge systems in order to guarantee back-up in the event the vessel lists. In addition, guarantee by means of a Policy Rule / Technical Regulation that there is an adequate bridge alarm if a bilge pump fails.

4. Share the lessons from this investigation with the relevant parties in the national and international fishing and shipbuilding sector and in particular with the owners of comparable fishing vessels. Pay specific attention to:

Read the full report into the sinking here 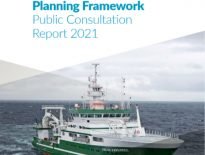 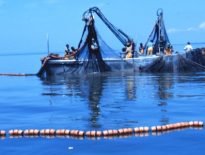