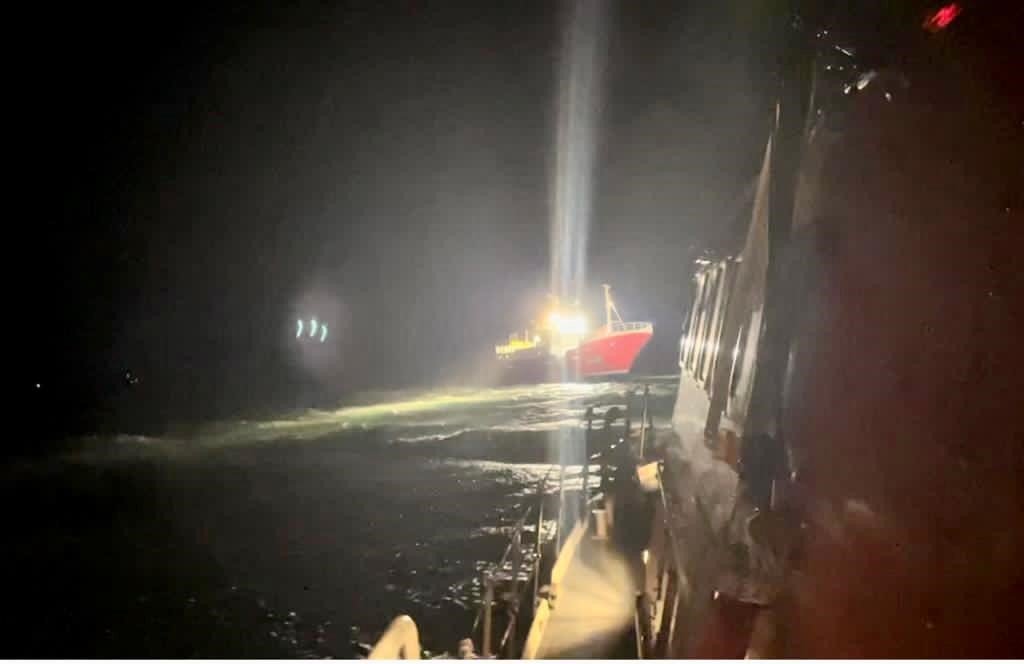 Red Bay and Larne RNLI were called the rescue of the Spanish trawler. Photo: RNLI/Red Bay

Red Bay and Larne RNLI came to the aid of 17 fishermen on Thursday night, 11 March after their 35m Spanish trawler got into difficulty 11 miles east of Cushendall.

The volunteer crews at both stations were requested to launch their all-weather lifeboats just before 7.30pm following a report from Belfast Coastguard that the trawler had lost all power and was drifting into a shipping lane.

Weather conditions at the time were challenging with Storm Force 10 gusts of up to 54 knots and high seas recorded during the course of the call out.

Red Bay RNLI began to work with the crew of the trawler to establish a towline while the all-weather lifeboat from Larne illuminated the scene in what were dark, wet and windy conditions.

The lifeboat started a slow tow to bring the vessel back to Red Bay but the extreme weather forced the tow to part mid-way.

Larne RNLI established a second tow and brought the trawler the remainder of the way into Red Bay where it was secured at 11pm.

Both lifeboats were requested to launch once again this morning after the trawler began to drag its anchor out of Waterfoot. In much better conditions and daylight, Red Bay RNLI safely towed the vessel into the shelter of Red Bay. 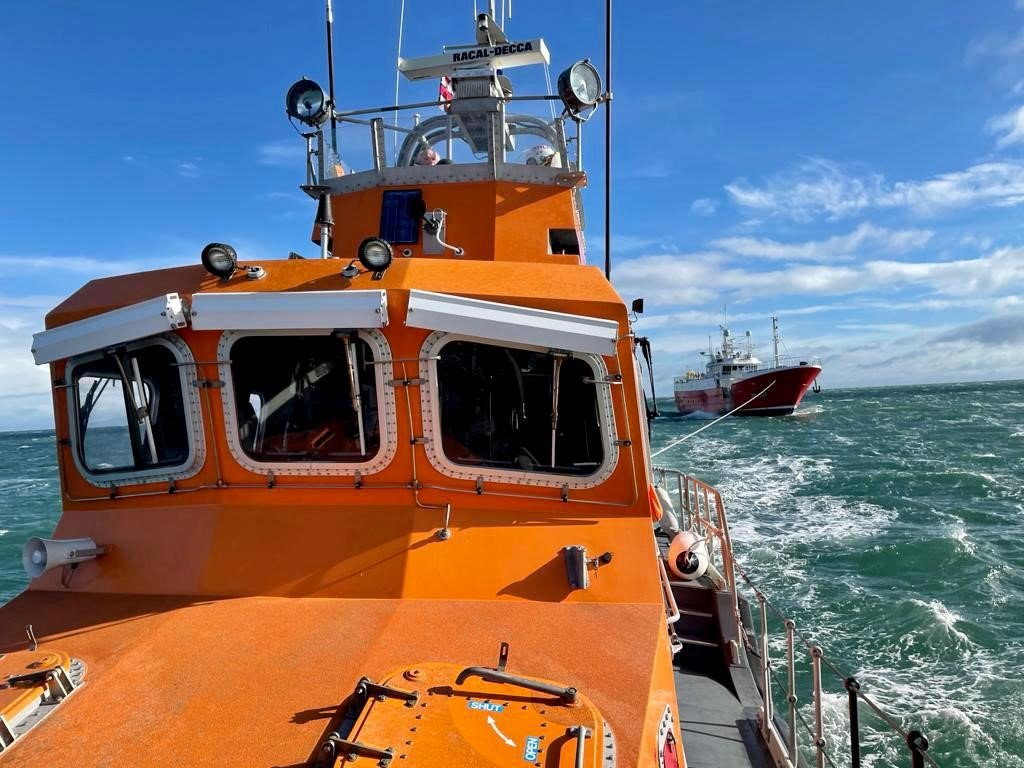 Speaking following the call out, Larne RNLI Coxswain Frank Healy said: “Weather conditions on scene last night were extremely challenging for all involved and I would like to commend our volunteers both here and in Red Bay for their teamwork over the three and half hours as they worked in darkness amid Force 10 winds gusting up to 54 knots and high seas. Our volunteers are highly skilled and trained for all eventualities at sea and that was certainly put to the test last night but we were delighted to help and bring the fishermen to safety.” 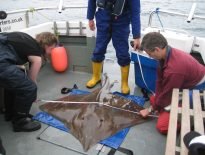 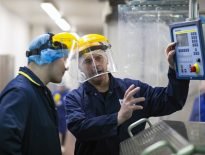