After several serious offenses committed by Dutch beam trawlers, the Danish Minister of Fisheries will increase the fine and confiscate the fishermen’s equipment.

Police report and a fine of DKK 400,000 (€54,000/£45,500 approx). This is what is tentatively expected in the latest case in a series of cases where Dutch beam trawlers have been caught fishing illegally in Danish waters. In 2022 alone, the fisheries control has detected 24 violations, all of which were committed by Dutch beam trawlers.

In September 2021, Fisheries Minister Rasmus Prehn tightened controls on fishing in the Skagerrak and the North Sea. But with the large number of violations this year alone, according to the Minister, there is a need to investigate whether even tougher measures can be used. Therefore, Rasmus Prehn will now look at the possibility of raising the fine for illegal fishing and improving the possibility of confiscating fishermen’s equipment.

“Frankly, I get furious when I hear that Dutch beam trawlers are caught red-handed time and time again in systematically violating fishing regulations. Despite tightening of controls, police reports and the prospect of high fines, these cases continue to come, and it clearly shows that action is needed. My message is clear: the fines must increase and illegal tools must be confiscated. I have now asked my ministry to investigate how far we can go in raising the fines for illegal fishing and strengthening the ability to confiscate fishing gear in the case of offences. It is completely unacceptable that the Dutch sail up here and destroy our seabed and cheat the scales when the quotas have to be made up. It has to be stopped, and therefore we have to see if we can use tougher measures.”

The Ministry of Fisheries is now exploring the legal options for toughening the fines for illegal fishing.

The cases this year come after Rasmus Prehn in September 2021 tightened the control of vessels’ AIS signal. The AIS signal tells where the vessel is and how fast it is sailing. Out of the 24 violations, 19 are characterized as serious. This means that they have occurred by, among other things use of illegal fishing gear, switched off AIS signal or fishing in prohibited areas.

“By intensifying the control of vessels that tamper with their monitoring equipment, we are successful in uncovering other gross violations of the rules. Within the past two months, we have identified three serious cases where vessels have fished with illegal inner bags or have fished in vulnerable areas where large boom trawlers are not allowed to fish. We will continue to focus on the rules on surveillance, as this may be an indication that there is something to hide. We do this to help ensure that there are also fish to catch for tomorrow’s fishermen.”

The majority of the 24 cases have not yet been concluded but await final case processing in the Danish Fisheries Agency and possibly transfer to the police. 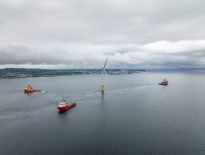 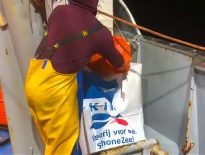