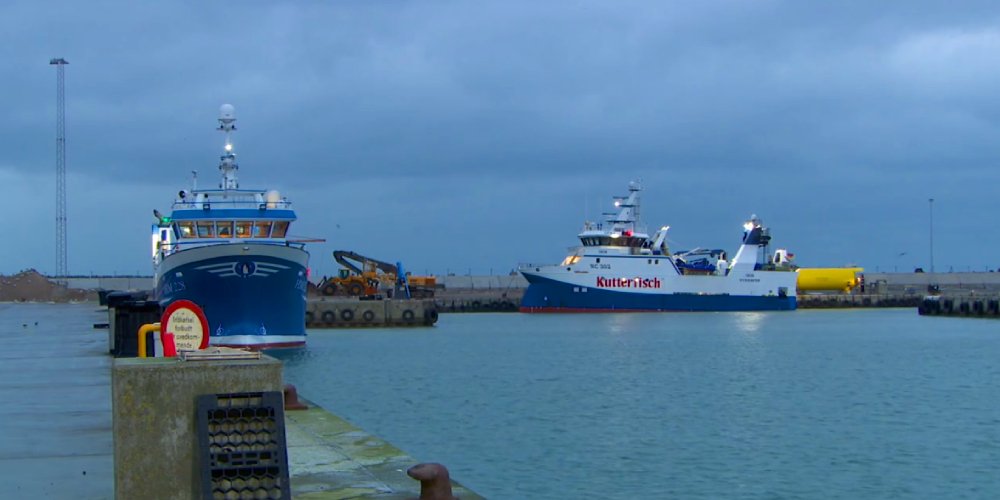 The Danish Fisheries Association has warned their members to read and familiarise themselves with their UK licences before entering into British waters to fish but have accused the UK of undermining the fisheries agreement.

The caution comes after Scottish fishers in the Fladen prawn grounds to the east of the Shetland Islands became concerned when a fleet of ten Danish multi-rig trawlers, using quad-rigs, appeared on the grounds in the middle of March.

Multi-rig trawling such as quad-rigs was banned from Scottish waters since 2007 but has remained popular in European countries such as Denmark. At the time Scottish fishermen called for the ban, the SWFPA claimed that fishing vessels using this method trawling for nephrops/Norway lobster were catching and discarding tonnes of immature haddock, therefore making a ‘mockery’ of conservation efforts. It is estimated that multi-rig trawling can increase a fishing vessel’s catching capacity by between 50% and 80%. Scottish boats are now limited to a two-net multi-rig set-up under Scottish Statutory Instrument 13/2007.

John said, “In 2004 we approached our fishing associations to get multi-rig banned, which we did under the Scottish Statutory Instrument.

“These big Danish factory freezer trawlers have never fished here before, but we feel they are trying to steal the UK market and they could crash the prawn stock on the Fladen ground.

“We banned the use of more than the two-net multi-rig over ten years ago because it could flood the market with prawns and could increase the method of high-grading prawns to clear the hopper before the next haul.”

These concerns from the fishermen on the east coast led Scottish White Fish Producers Association (SWFPA) Chief, Mike Park to write to his counterparts in Denmark on the issue.

He told them that a limit of two nets applies to all fishing vessels operating in Scottish waters and sent them all the relevant statutory instruments.

Last week most of the Danish fleet left the grounds with the last two boats leaving over the weekend. Today one Danish boat is reported to be on the grounds using a twin-rig set-up.

Ole Lundberg Larsen, deputy director of the Danish Fisheries Association told the Danish fishers, “We must state that in order to fish in British waters, it is not only necessary to have a license. But must also read the conditions carefully and follow all the changes that are happening.”

In their notice to their fishermen the DFA said:

Specifically, there has been much discussion and ambiguity about the use of multi-trawl in the fishing for Norway lobster. It is not clear from the licenses simply that one has to comply with national regulations, and here, according to the Scottish authorities, there is a Scottish ban on multi-trawl. Therefore, only up to two trawls may be used for fishing in the Scottish zone.

Other fisheries should also be aware of the rules. The licenses state that there are a number of area closures and seasonal closures in British waters. There is a link to the UK cod protection regulations. And there are several areas where regulations are different from those that apply in the EU.

In addition, the rules are constantly changing. Therefore, the licenses also link to the British Government’s website , where the skipper / vessel owner should find out no later than every Friday until midnight about any changes to the license.

“We look very critically at what is going on!” said Mr Larsen. “It seems that the UK is undermining the fisheries agreement it has concluded with the EU. We have paid dearly for access to British waters, but the British are undermining access if they make such complicated and unreasonable rules that they are constantly changing.” 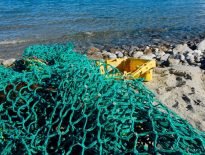 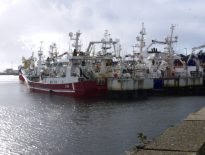