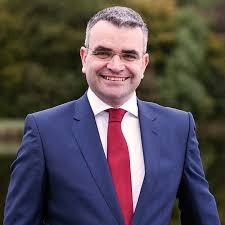 The Minister for Agriculture, Food and the Marine, Dara Calleary, TD has resigned after just 30 days in office for breaching Government guidelines on COVID-19.

Calleary and Senator Jerry Buttimer both resigned from their positions in the Government and the Seanad, respectively, after attending an event in Clifen, Co Galway on Wednesday where there were 81 people present. They were both guests at an Óireachtas Golf Society event, which was held in a hotel in the area.

Deputy Calleary had taken office from his predecessor Barry Cowen, who was sacked from the post following a controversy over a drink-driving ban. He was controversially overlooked for a ministerial position by Micheál Martin when he was forming his cabinet and ended up as Chief Whip and Junior Minister for the Gaeltacht in the new Government until Mr Cowen’s sacking after just 17 days in the post.

At the time, Calleary told RTÉ News that he had been hoping to lead a Government Department, but had been offered the role of Chief Whip following a “very difficult conversation” with the Taoiseach.

He said there was “anger and frustration” from people in his constituency and that representation and geography are important.

However, he was appointed as a Minister following the sacking of Mr Cowen, with the Taoiseach saying that as Chief Whip Mr Calleary had been “very committed to not just reforming the Dáil, but also overseeing a very comprehensive legislative programme”.

EU Commissioner for Oceans and Fisheries, Virginijus Sinkevičius and Chief Negotiator, Michel Barnier will soon be meeting with his fourth Minister for the Marine in 2020.

It is intended that Mr Martin takes over the Agriculture, Food and the Marine portfolio until the Dáil is due to return on 15 September. 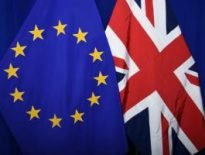 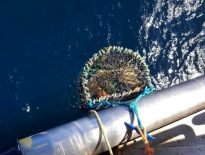