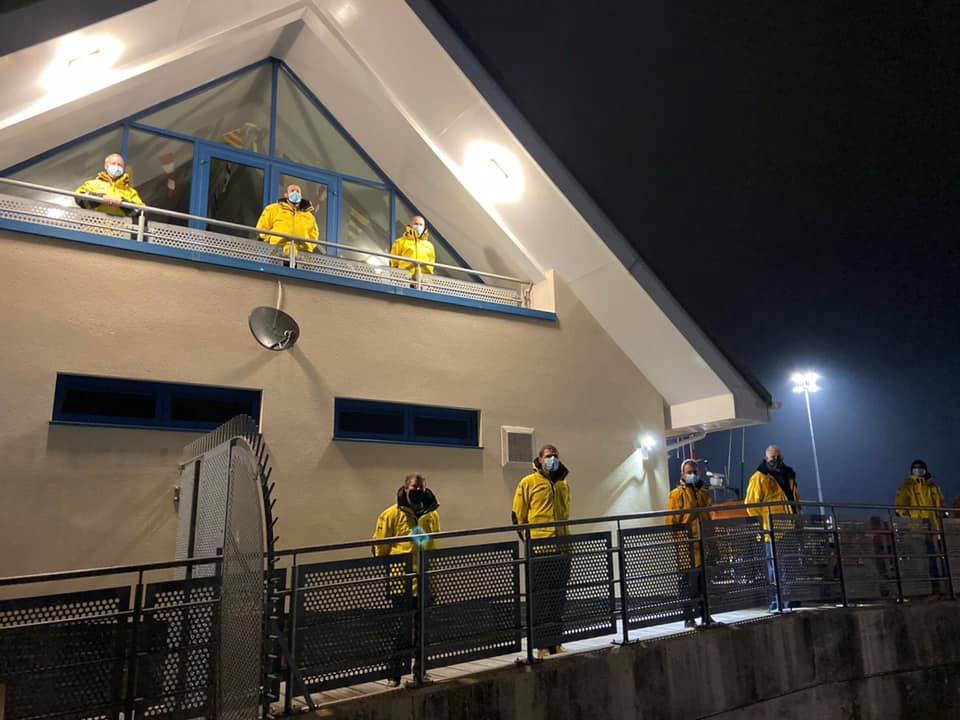 Hundreds of people gathered outside Newhaven RNLI Lifeboat Station last night to pay tribute to the crew of the Joanna C BM 265 capsized on Saturday.

A two-minute silence was held by the volunteer crew of the lifeboat station and the crowd. Newhaven lifeboat had taken part in the search and rescue effort for the crew of the Brixham-registered scallop dredger who sank five-miles off the Sussex coast in the early hours of Saturday morning leaving two dead and one survivor in hospital,.

The body of 26-year old Adam Harper, from Brixham was recovered from the wreck of the Joanna C on Monday by divers. His crew mate Robert Morley, 38, from Pembrokeshire is still missing, presumed dead. Skipper Dave Bickerstaff was rescued on Saturday after he was found clinging to a buoy by the lifeboat crew of the Newhaven RNLI after spending two and a half hours in the water.

BBC South reported that Rev Martin Miller, from St Michael’s Church in Newhaven, said Mr Morley’s parents, who joined the vigil, wanted to “say a big thank you to [Mr Bickerstaff] for his heroic efforts to do what he could to save them”.

Rev Miller led a round of applause for the emergency services and fellow fishermen who “without any thought for themselves searched on massively long shifts”.

Alex, a fisherman who had worked with the pair, addressed the crowd through a microphone.

“We all know what we do, we know the risks, but we still love it and we still do it,” he said. “If Rob and Adam were still here they’d be saying the same.”

He said he would “never ever forget” the time he had spent at sea with them, adding: “They will live on forever in all of us.”

The Newhaven lifeboat crew who rescued Mr Bickerstaff joined the vigil, and a nearby lookout tower was “floodlit to respect the lost fishermen, one of whom disliked the dark,” the National Coastwatch Institution said.

An online fundraising campaign to support the families has received more than £32,000 in donations.

Organiser Tony Rowe said he was “overwhelmed” by the response to the campaign from across the world. 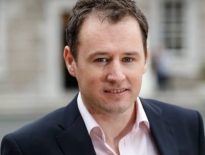 Featured News McConalogue meets with Stakeholders ahead of Decem…