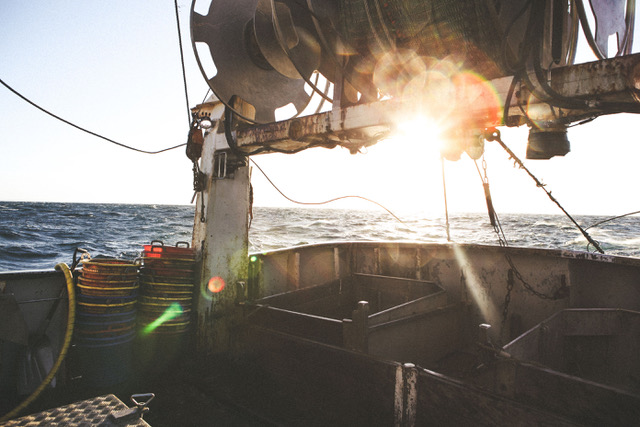 On Tuesday 29th December members of the Cornish Fish Producers’ Organisation (CFPO) met to discuss the long-awaited Brexit trade deal. Despite the UK Government hailing the deal as a success, Cornish fishermen have been left feeling betrayed by Boris Johnson, as it now appears key promises made to the industry have been broken.

Paul Trebilcock, CEO of the CFPO – representing the interests of hundreds of fishermen across Cornwall – explains why his members have been left reeling from the deal:

“We’ve had our expectations continually raised by the Prime Minister, and MPs, for years now. Promises of full and absolute control of our waters and better fishing opportunities have been made time and time again only to be shattered at the final moment. For Government to say this is a good deal is hugely disappointing, it is certainly not the deal we were led to believe we would receive, and it has left Cornish fishermen feeling angry and insulted.”

Cornish fishermen were clear from the outset that the outcome of any Brexit deal would be measured against clearly defined priorities that were understood and agreed by the UK government.

Control of our waters

Full and absolute control of UK waters out to 200 miles (or the median line) was a stated objective for the UK. However, within the final deal, EU access to UK fishing grounds will, in effect, remain the same as now for a minimum of five and a half years – and most likely beyond, given the wording of clauses in the agreement. UK Government failed to deliver.

Particularly egregious for the inshore fleet, EU access will continue within the UK’s 6-12-mile limit. This was a clear red line for the UK, and seen as critical to many Cornish fishermen and their coastal communities. UK Government failed to deliver.

The free trade agreement means UK fish exports will not attract tariffs, which is a positive.

However, exports will now require catch certificates, health certificates and be subject to new border controls.

This was not a good deal for Cornish or British Fishermen.

Paul Trebilcock adds: “The anger and frustration of Cornish fishermen has been compounded by misleading statements from Government and the Prime Minister that this was a good deal for fishing. The Government should be clear that fishing was sold out in order to achieve a deal overall – expecting the industry to ignore the many, explicit promises to fishing communities that have been broken within this agreement has been received as insulting and naïve.

Prior to the announcement of this agreement optimism in the fishing industry was at an all-time high, as promises of an exclusive 12-mile limit for UK inshore fishermen, fishing opportunities based on zonal attachment and control over regulations were all promised by Prime Minister, Secretary of State and many MPs.

That optimism has been shattered by broken promises and betrayal by Boris Johnson and his Government in a ‘Ted Heath’ style moment that saw fishing sacrificed again.

The Cornish fishing industry has been used and abused; used as a poster boy and illustration of what the UK could gain through Brexit and taking back control. Abused by being sold out in the final analyses for others. Any shred of trust fishermen had in politicians will be difficult to ever rebuild.

The £100 million support package spoken about by Johnson and Gove is nothing more than a cheap insult and in truth is a pathetic attempt to cover what we and they know to be a betrayal of Cornish and British fishermen.

It has never been about money for fishermen it has been about a fair deal that secured control over our fishing waters and a fair share of fishing opportunities (quota) based on zonal attachment.

This is not the deal fishermen were promised and it is important MPs and the public understand this and are not misled by Government spin to the contrary.

The UK Government has a responsibility now to support the Cornish and wider UK fishing industry with actions, not words – proper control and regulation of EU fleets that will continue to fish within sight of Newlyn Harbour would be a good start!” 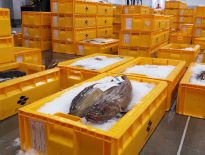 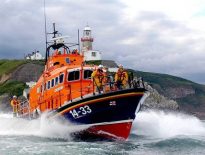