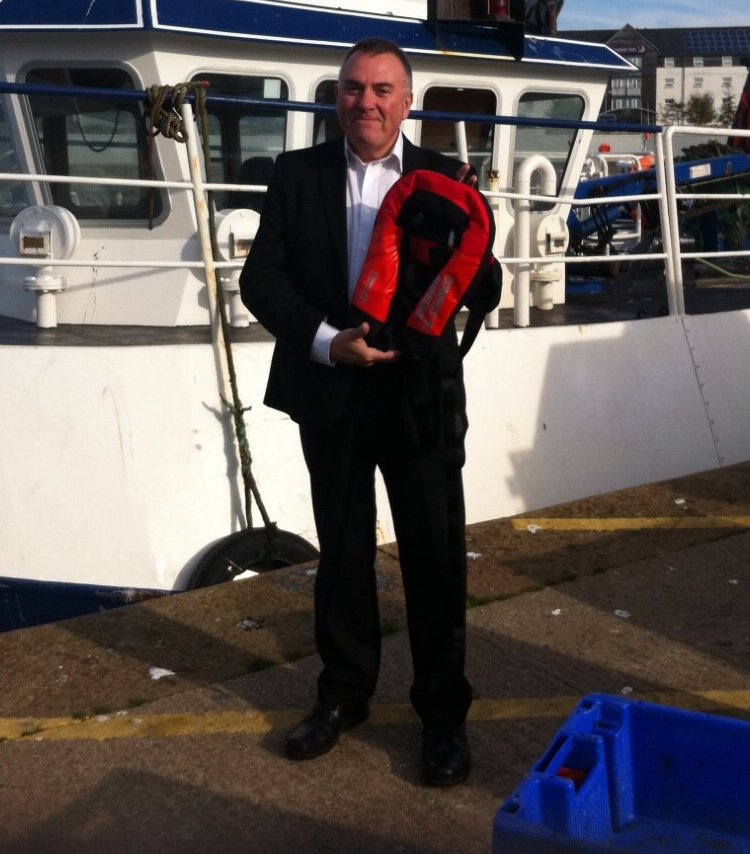 The leader of Plymouth Labour Cllr. Tudor Evans OBE is once again championing the fishing industry in his home city and has written to the new Conservative leader of Plymouth City Council inviting him to hold an urgent cross-party meeting with the city’s fishing community.

Cllr. Richard Bingley became the new leader of Plymouth City Council at the final full council meeting of the municipal year after Cllr. Nick Kelly lost a vote of no confidence on Monday 21 March.

“I have no idea if that is down to bad buying, or profiteering by Sutton Harbour Holdings (SHH) but the council should not be working to help them access £25m in public cash while this continues.

“There is a good track record of cross-party work helping Plymouth fishermen, I hope this can now restart.” Evans added.

A recent ice plant failure in Plymouth has meant, while ice can be delivered in bins and boxes to be lowered to boats, a mechanical failure on part of the delivery system means that it cannot be dispensed directly onto vessels heading to sea as normal.

“There is real urgency to all of this and the anxiety being felt by fishermen is palpable,”

“The ice plant breakdown once again brings into question if SHH has the ability or desire to run a thriving operation for Plymouth’s fishing industry.” said Cllr Evans

Plymouth fisherman Brian Tapper said he believed the business practices of SHH need to be addressed as a matter of urgency.

“At every engagement with the council over the past years we have made these issues clear,” said Mr Tapper.

“I really don’t know why the Council have spent the past 12 months drawing up plans and deals with SHH without resolving these issues first.

“Cllr. Kelly and council officers came to speak to us last September, we told them again fuel and ice were an issue, six months on nothing has changed for the better, in fact it has got worse. We have been told SHH are going to drop fuel costs by a penny or so on April 1st, The irony of the date is not lost on us.”

Responding to the request Cllr. Bingley said: “I’m very happy to work cross-party and am delighted to be visiting our fishermen and the quay with Cllr Tudor Evans.”

“With increasing living costs, caused in part by the Pandemic and international conflict, we do not have the luxury of political division in Plymouth. The plight of the fishermen should not be a party-political issue.

“I look forward to meeting privately, hearing their concerns, and learning about how we can find practical solutions to help.”

A copy of the letter sent by Cllr. Evans to Cllr Bingley is reproduced below.

Congratulations on your new role, I know it will be a daunting time and much to get to grips with but I must press you for an urgent meeting with fishermen in your first days.

In April 2021, Poseidon Aquatics delivered to the Council its stakeholder report commissioned as part of a comprehensive feasibility study by the Council to consider the redevelopment of the fish market facilities in Sutton Harbour.

It confirmed, expanded and honed in on earlier work in this series in identifying the barriers fishermen and tenants were concerned about, in particular, and foremost, the cost of fuel, ice provision, and general costs enforced by SHH.

It is regrettable that your predecessor Cllr Kelly has chosen over the past year to focus on photo opportunities, press releases and political campaign flier content about ‘bigger and better fish markets’, rather than grasping the nettle and doing the hard yards needed.

Cllr. Kelly has chosen not to use the Councils significant leverage with SHH to resolve these serious financial burdens and barriers that are disproportionate to other SW harbours and leave Plymouth with a significantly expensive offer. Instead he continued to progress designs and drawings and engagement with SHH towards the Council supporting a project that would see up to £25M of public funds be used, rather than insisting these fundamental financial and operational barriers were addressed and resolved before proceeding with the next phase of work.

Compounding the fundamental failure to deal with the real issues, Cllr Kellys’ work streams have been so unpopular that a large group of tenants are currently viewing alternative locations and actively looking to relocate. It has been an utter waste of time, money and valuable council time.

Most importantly the unwillingness to challenge SHH in a meaningful way has left Plymouth fishermen operating another year with the highest fuel prices in the SW and a very poor ice provision, two basic tools for their job.

But with rising fuel prices, the fleet is at crisis point, there are parts of the Plymouth fleet that will be forced to tie up or relocate their activities to other harbours where

fuel is considerably cheaper. There is an immediate albeit limited fix for this. Fishermen have asked SHH and the Council to press SHH to allow them to have fuel delivered via tanker, over the quay. Last week this would have meant a savings of around 8p a litre to boats.

I understand that SHH has previously resisted these requests using ‘spill hazard’ as an excuse. This is of course nonsense and stands little scrutiny. When buying fuel from the SHH tank, fishermen bunker the fuel themselves. By contrast when a tanker lorry bunkers fuel to a vessel from a quayside, it is done by highly trained and specifically qualified drivers and operators, the companies conduct comprehensive risk assessments and carry appropriate insurance to cover all costs associated with accidents that may result in a pollution event. It is my understanding that previous pollution events in Sutton Harbour have not been as a result of fuel being bunkered from tankers.

Last week fishermen were informed by SHH that the ice plant delivery system was broken and that while ice could be delivered in bins and boxes to be lowered to boats, a mechanical failure on part of the delivery system meant that it could not be dispensed directly onto vessels heading to sea as normal. This could take over an hour to pre-sea preparations, it is simply unworkable for many vessels. The plant and its machinery is many years old now, and it would be surprising to learn that the technicians had not been warning SHH for many years that component failures and end of life were imminent, and to put spares on the shelf, ready for that.. A well run harbour would have these things in place so as not to disrupt these vital services.

Instead, with a lead time predicted of 4-6 weeks for parts, and it not being known if the broken parts can be reconditioned locally, and replaced in a shorter time frame, some of Plymouth’s fishing fleet have already relocated to temporarily work out of other south west ports. More have plans to follow mid week when the current weather pattern breaks if immediate solutions are not put in place. This will have a knock on effect of less fish being sold by the auction, they rely upon commission of sales to operate.

At the very least a SHH could immediately offer to provide staff to help load the vessels with ice, manually. Preferably the local fabrication shop located at the fish quay, working with fishermen in design could be commissioned to manufacture a cradle and temporary hopper, shoot, system to facilitate ice bins being forklift tipped into and delivered via a shoot to the vessel, by SHH staff.

Your urgent attention to this is needed in the next 24hrs, if we are not going to run the risk of more Plymouth vessels not relocating this week.

Former Conservative group leader, Cllr. Ian Bowyer well understood as I do the importance of the fishing industry to Plymouth, we were able through cross party working to resist SHH plans for inappropriate redevelopment of the fish market for alternative leisure uses and enshrine its protection in the Plymouth plan. The fishing industry is not only of economic importance to the City, but a vital component of our rich maritime heritage.

It is lamentable that your predecessor, Cllr Kelly, has seen and treated the industry as a political play thing over the past year. This must end now.

Plymouth City Council must, immediately under your leadership, cease to engage with SHH on any future plans for redevelopment and access to public funds and draw immediate and laser focus to the crisis being caused by the lack of ice dispensing and high fuel prices and engage with SHH on this, and only this until it is resolved to the satisfaction of the industry.

I stand willing and able to urgently and tirelessly work with you for the good of the fleet, and to help serve those brave fishermen that risk their lives everyday to bring us our fish supper and deserve so much more from our Council than they have received in the last year. 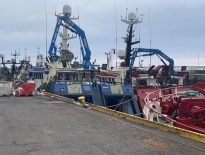 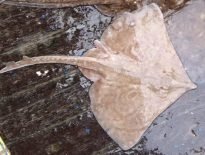