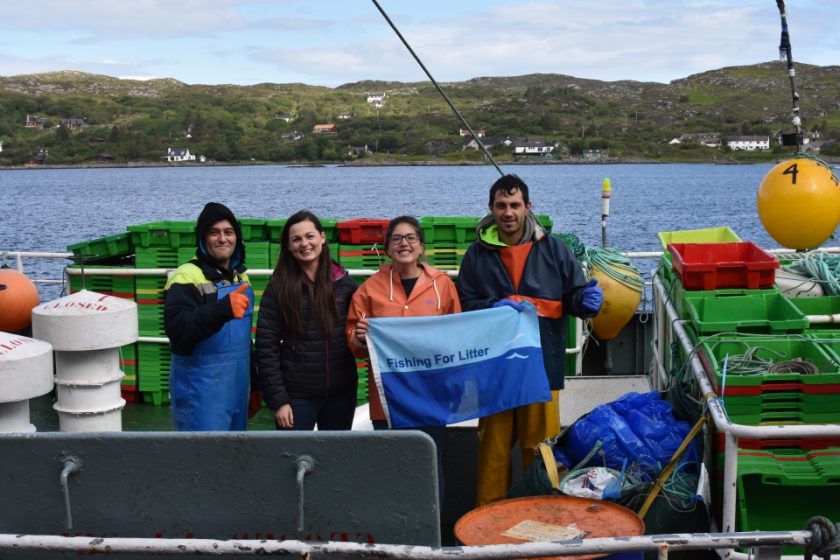 The successful Fishing for Litter scheme faces an uncertain future as the UK leaves the EU. Photo: KIMO

A successful scheme that supports fishermen who clean up marine litter faces an uncertain future as the UK leaves the European Union. Organisers are calling on the UK and Scottish governments to guarantee the project’s long-term future.

‘Fishing for Litter’ aims to reduce the amount of marine litter in the sea and on our beaches. Since the project launched in the UK 2004, Scottish and English fishermen have collected more than 1,866 tonnes of plastic pollution and other rubbish. That’s the same weight as 155 double decker buses – or five fully-fuelled jumbo jets.

Between four and 12 million tonnes of plastic waste makes its way into oceans every year, mainly through rivers, according to estimates. As a result fishermen are often left cleaning up other people’s rubbish.

The project has received funding from the EU’s Maritime and Fisheries Fund (EMFF) since 2013. As a result of the UK leaving the EU, the scheme is no longer eligible to apply for EMFF funding.

Fishermen at 32 harbours in Scotland and south west England currently take part in Fishing for Litter UK. The project provides large, hard-wearing bags to participating boats. Fishermen continue to work as usual, but they bring any waste caught alongside their catch back to port.

The project covers the costs of collection and disposal. It also raises awareness about the impact of marine litter and demonstrates the fishing industry’s commitment to a healthy environment.

Fishing for Litter has received a number of awards, including the RSPB’s Nature of Scotland Award for Marine Conservation (2015) and the Scottish Rural Award for Conservation and Environment (2019).

In 2019 the UK Government’s Department for Environment, Food and Rural Affairs (Defra) commissioned an independent academic assessment of Fishing for Litter. After interviewing 100 fishermen around the UK, the authors found high levels of satisfaction with the scheme. They concluded that the project is:

“…an exemplary scheme that makes use of people in the right place at the right time, builds on best practice and social norms, and empowers fishers to do something about a problem that directly affects them”

The scheme is popular among fishermen with 380 fishing vessels currently taking part. Organisers also have a waiting list of interested harbours looking to join once resources allow.

“We are committed to helping to clean our oceans of litter. Fishing for Litter has supplied collection bags and skips for the rubbish we encounter whilst going about our work. This helps everyone, stopping more litter reaching our shores, and ensuring a clean natural environment for all species.”

Elspeth Macdonald, CEO of the Scottish Fishermen’s Federation, which has also contributed to the costs of running the scheme said:

“We have been happy over the years to help fund the Fishing for Litter scheme, through the Scottish Fishermen’s Trust. While the fishing industry accounts for a small percentage of marine litter, our 8 member associations have agreed to work towards 100% participation with Fishing for Litter, as an important adjunct to all the work going into protecting the marine environment.”

However, funding from the SFF alone is not sufficient to keep the project alive.

The project currently costs around £100,000 per year to run, with the biggest single cost being the disposal of the waste collected.

Fishing for Litter in Scotland and South West England is administered by KIMO UK, a network of local authorities working together for healthy seas, clean beaches and thriving coastal communities.

“Scottish fishermen have been ‘Fishing for Litter’ for more than fifteen years – removing an impressive amount of plastic pollution and other debris from our seas in that time.

“We hope the Scottish and UK governments will now recognise the success and popularity of this project by guaranteeing the funding needed to secure its future.”

Following years of success, the project’s organisers are hoping for a small increase in the annual budget. This would cover a full-time project coordinator, ensure Fishing for Litter’s continued operation and open the door to future growth.

Organisers are now calling on the UK and Scottish governments to commit to the long-term future of the project. They are also open to offers of sponsorship from businesses and private sources. 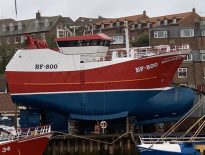 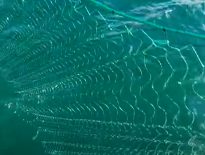