Executive Director and co-founder of the Blue Marine Foundation called the fishing industry “ecologically ignorant” and “disingenuous” in a speech at a parliamentary reception with MPs where he was promoting the launch of his new book “Rewilding the Sea”.

In recent weeks the Blue Marine Foundation have been accused of spreading misinformation about cod fishing in the North Sea, through their campaign “Bring Back British Cod”, but at the reception which included Labour MPs Luke Pollard (a former shadow fisheries spokesperson, and Sarah Champion, along with Mark Spencer MP the current Fisheries Minister and Secretary of State, Therese Coffey MP, the son of a farmer took several swings at the fishing industry.

The author who made his name penning several environmental books like his present book claimed that the UK fishing industry is fishing above scientific advice and said that the five native populations of cod are being “severely overfished”.

On his second aspect he said, “we are getting wrong is investing in the health of the sea”.

He continued by saying, “Fishing is not farming. Fishermen do not sow, they only reap,” and that as the son of a farmer he knew, “The only way to invest in a wild ecosystem is by leaving it alone for more of the time.”

On his third point he said, “The fishing industry complains that they are having a third of their fishing grounds taken away by wind farms or Marine Protected Areas. This is ecologically ignorant. It is also disingenuous. What will actually be happening in those areas is that we will be sowing fish and other species. Fishing won’t even be banned in these areas – just the most destructive method of fishing, trawling! The fact is that because of those protected areas and those wind farms, almost certainly there will be more fish to catch.”

He claimed that there has already been successful rewilding in Sussex Bay, Lyme Bay and the Dogger Bank, calling them “great British success stories”

The full speech from the Blue Marine Foundation website can be found below:

Research suggests that fish globally soak up twice the CO2 emissions of the EU-27, every year. That is even more than whales – though whales are phenomenal carbon sinks. And it happens despite global fish stocks being in their present drastically overfished state. It is clear that the take-up of carbon by marine creatures could be many times greater if we were to look after them properly.

I have brought you all a copy of my book Rewilding the Sea, which shows that the potential of nature-based climate solutions in the sea is very large indeed.

What do I mean by ‘rewilding the sea’? I simply mean stepping back and letting nature repair the damage we have done or where we have managed to eradicate those species altogether – stepping in and reintroducing those species, such as oysters.

We need to do this for three reasons:

These are some easy wins, and God knows this government needs some easy wins – but first we have to solve two aspects of policy which are going in the wrong direction.

1) The first is: we are fishing above scientific advice. In last December’s negotiations, the EU and the UK set 65 per cent of all catch limits above the level which would allow fish populations to recover. That is simply wrong, ecologically, economically and for the climate.

Among the stocks that are severely overfished in our waters are our five native populations of cod. The cost of living crisis triggered by Russia’s war on Ukraine has reminded us that we haven’t actually been managing our cod stocks for food security for about 40 years. Only 5% of cod served in British fish and chip shops is British cod. The rest are imports. That is crazy. Our fish and chip shops would like us to do something about it. So there is a compelling economic reason to manage our fish stocks for recovery. There is also a legal reason. The EU is now being held to its law against overfishing in the courts. In post-Brexit UK too, there are lawyers who think setting catch limits at sustainable levels may actually be a legal obligation.

2) The second aspect we are getting wrong is investing in the health of the sea. Fishing is not farming. Fishermen do not sow, they only reap. Sometimes they plough the same field seven times a year. As a farmer’s son, I know that isn’t a very good idea. The only way to invest in a wild ecosystem is by leaving it alone for more of the time. We can do that partly by setting catch limits right. We also need to do it by setting aside 30 per cent of our waters, as scientists advise, so fish and fish habitat can recover from the mistakes we have made over decades in fisheries management. And for nature’s sake. Here is another easy win, which is also cheap and very popular. It is palpably absurd that we continue to trawl and dredge in 95 per cent of marine protected areas. An MPA that allows trawling and dredging is not protected in any meaningful sense of the word. I would like to thank Chris for his work on this issue, his ten minute rule bill aimed at limiting dredging in protected areas was inspirational and showed the way.

3) The fishing industry complains that they are having a third of their fishing grounds taken away by wind farms or Marine Protected Areas. This is ecologically ignorant. It is also disingenuous. What will actually be happening in those areas is that we will be sowing fish and other species. Fishing won’t even be banned in these areas – just the most destructive method of fishing, trawling! The fact is that because of those protected areas and those wind farms, almost certainly there will be more fish to catch.

Rewilding the sea is already under way, it is already successful, and there really are no downsides from managing more of our coastal waters in this way. I have documented it in my book: in Lyme Bay, 12 years after trawling and dredging were banned, there are four times more commercial fish species and four times more species overall. One fishermen described the Lyme Bay MPA to us as a “gold mine.” I am fine with MPAs allowing some forms of fishing provided we also have some marine reserves – like nature reserves on land – for nature alone. These need to be of a meaningful size to have any effect. On land we decided to go for ten per cent 40 years ago. But in the sea, as of today, less than one per cent of the UK’s waters ban fishing. If, all five HPMAs that the government is currently considering were put in place that would add another 0.15% to the total. Are we really saying that is all nature deserves in the sea?

As I say, rewilding is already happening – in Sussex Bay and Lyme Bay and on the Dogger Bank. Those are great British success stories. Are we really going to junk some of the laws that brought those successes about? The Brexit Freedoms Bill – the daftest piece of legislation for 1000 years as one lawyer put it to me – is due to repeal 570 EU laws on the environment, many of them very popular, some of them actually effective. So here is my third easy win which can only rebound to the Government’s credit: just scrap this absurd piece of legislation, not the essential nature protection laws that it threatens. Law can evolve over time as it always has. If you are going to scrap this Bill, do it quickly, or the government will get no credit and the impression will continue to spread that you have started a war against nature. 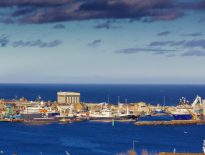 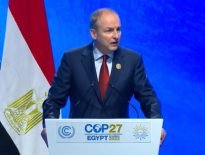