Big fishing on herring but sandeel catches down for Norwegian fleet 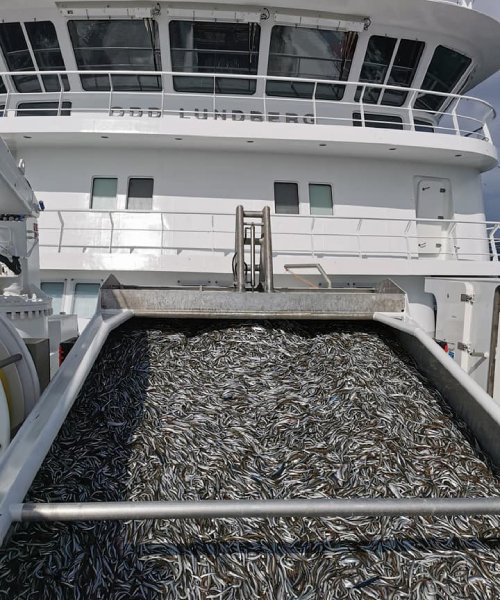 Norwegian vessel Odd Lundberg pumping a catch of sandeel onboard as the herring fleet heads towards a record May.  Photo: Odd Lundberg A/S

The Norwegian North Sea herring fisheries took off last week as the fleet makes record numbers for May, according to Kenneth Garvik, the Sales Manager at Norges Sildesalgslag.

North Sea herring:
Quite unexpectedly, we got a big catch on the North Sea herring, and a total of 34,000 tonnes were fished last week. This quantity is fished by 49 different boats that have had catches from just under 30 hours as the lowest to 1,600 hours as the largest catch.
We can already state that this year’s May fishing for North Sea herring will be at a record high. So far in May, 37,000 tonnes have been taken, which is significant over last year when we had 24,300 tonnes for the entire month.

Of the week’s quantity, around 1/3 (11,300 tonnes) is sold for consumer use and the rest is then sold to flour / oil buyers. The reason why so much has been spent on flour / oil is mainly the size of the herring, but also a lot of bait has created a problem to save the herring for consumption.

The average weights of herring have been in the range of 131-144 grams, where in the first part of the week the lowest average weights were. For production for matjes, buyers demand herring in the area of ​​150g, and we know that some catches sold this weekend are intended for matjes (salted herring).

The good herring fishing has taken place west of Egersund on the east side of Lingbanken and further northwest towards Koralbanken. No one had expected such quantities of herring this May, where nets of up to 1,000 tonnes have been caught. Another positive feature is that herring is very fatty for the period with a fat percentage of up to 20%.

In the coming week, more boats are expected to be active in herring fishing. We can only hope for continued good collection, and then with chopped larger herring so that the main part can be sold for consumption.

Sandeel:
In contrast to North Sea herring, sandeel fishing has been DOWN lately with only 9,600 tonnes for the whole week. This is the lowest weekly quantity since fishing started properly at the end of April.
Catch sizes vary from just under 300 tonnes to 1,300 tonnes for the best boat, and with up to seven fishing days, the daily quantity is low for most.

What is the cause of the slack fishing is difficult to say, but the sandeel is a whimsical fish that can hide well in the sand for days.

A look at the quota picture shows that 60,300 tonnes of the 95,000 tonnes quota have now been fished. Sandeel can still be fished for another month so you have plenty of time to save the quota.

Mackerel / horse mackerel:
As expected, the quantity of mackerel from the smallest coastal fleet will increase. From ten different boats, 43 tonnes were fished last week. The catches here have been taken in different municipalities in Rogaland, as well as Bømlo and Kinn in Western Norway.
For horse mackerel, we have two catches with a total of 20 hours from the areas north of Bergen.

Big fishing on herring but sandeel catches down for Norwegian fleet 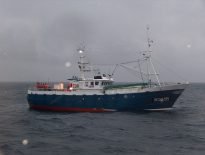 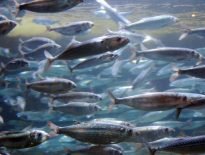