BBC Stories in Sound: ‘The Sinking Of The Jack Buchan’ at Dunmore East 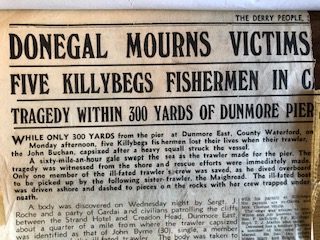 BBC Radio Ulster/Foyle will host the radio documentry on BBC Stories in Sound: ‘The Sinking Of The Jack Buchan’ at Dunmore East

The last survivor of one of Ireland’s worst fishing tragedies has spoken publicly for the first time in 62 years about the day five lives were lost.

The harrowing story of John James Lyons will be told in a BBC Radio Foyle/Ulster programme on September 26 at midday, entitled ‘The Sinking Of The Jack Buchan’.

The tale of the sinking of the Jack Buchan ties crosses the boundaries between many communities.

The Jack Buchan was built in Mevagh Boatyard in Downings in 1947. The yard was then under the stewardship of John (Jack) Buchan, a native of Aberdeenshire in the north east of Scotland who came to the fishing village of Na Dúnaibh/Downings in north Donegal in the 1920’s.

Out of the many boats he built during his time in charge of the yard, he undertook the building of a 45-foot ring/seine-netter for his son George Buchan. 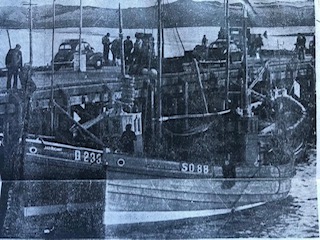 BBC Radio Ulster/Foyle will host the radio documentry on BBC Stories in Sound: ‘The Sinking Of The Jack Buchan’ at Dunmore East

George amongst others in the area would later move to Killybegs when the fishing in Downings would become scarce. One of his crew, Donnchadh Mac Laifeartaigh would follow him from Downings as the herring boats travelled from one end of the country to the other hunting shoals of the silver darlings. 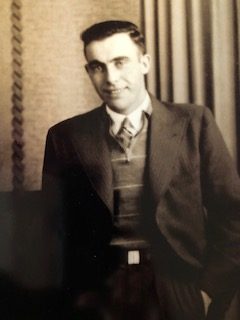 On a fateful wintry day in Dunmore East the Downings native, now at 45 years of age and a father of five children, perished as the Jack Buchan was capsized by a freak wave as they made a run for shelter.

John James Lyons who now lives in Kilcar, was on the deck of the Jack Buchan when the wave struck just yards from Dunmore East pier.

Somehow, he survived by clinging onto a fishing basket before being rescued.

The remains of Donnchadh Mac Laifeartaigh were never found.

In the programme, BBC NI Journalist Enda McClafferty, great nephew of Donnchadh Mac Laifeartaigh speaks to Donnchadh’s children, Hughie, Mary and Annie about living with the loss of their father and never having a body to bury which also affected their siblings Evelyn and Micheal.

Enda McClafferty recalls the story which he lived with as a child from his heart-broken grandmother and always wanted to know what had happened.

Now John James Lyons has made that possible. 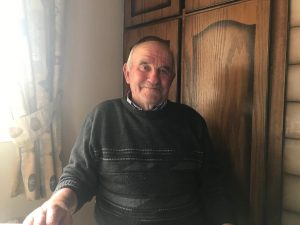 John James Lyons, the only survivor from the capsizing of the Jack Buchan

“We were closer than brothers on that boat and to this day I still pray every day for those five friends I lost in Dunmore East when we capsized 300 yards from the pier all those years ago,” Mr Lyons said.

He tells the programme how his fellow crew did not stand a chance when the boat just flipped over in a second as they were down below except for Benny Armstrong who, like him, was swept off the deck by the freak wave.

The Powers brothers who were eye-witnesses in Dunmore East on that fateful day are interviewed at the site about what they saw unfold before them.

Frances Cunningham, a member of the crew who was not on board that day but saw the events unfold from ashore, died earlier this year.

The tragedy of the Jack Buchan is still talked about in Dunmore East.

The documentary is on Saturday 26 September on BBC Radio Ulster/Foyle at 12.00pm, and is also available on BBC Sounds.

BBC Stories in Sound: ‘The Sinking Of The Jack Buchan’ at Dunmore East 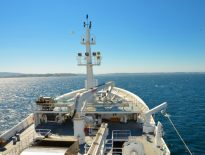 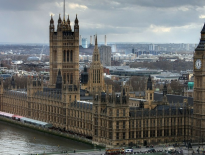