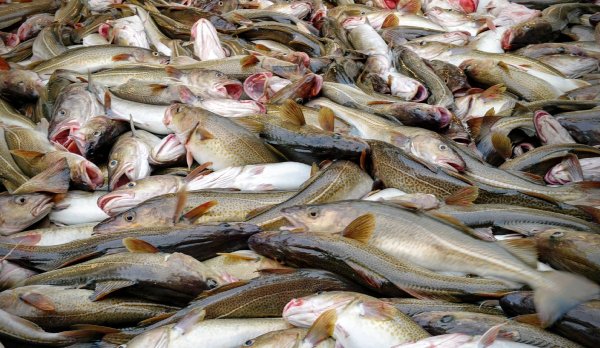 Barents Sea cod fishermen face a 20% reduction in the total allowable catch of the stock for 2023. Photo: Norwegian HI

Cod fishermen in the Barents Sea have been expecting news that the Norwegian Institute of Marine Research (HI) would recommend a reduction in the total allowable catch of the stock for 2023.

HI has advised, together with its Russian colleagues that the total allowable catch of cod in the Barents Sea be reduced by 20% and that no more than 566,784 tonnes be granted in 2023. This is the lowest advice since 2009.

The advice will see the total allowable catch drop from 708,480 tonnes to 487,049 tonnes, or about 31.2%, if there was not a 20% limit on the fluctuation m in advice between years. This is the second time in a row that the advice has fallen by 20%, but last year it would have fallen by over 40% if it weren’t for the previously mentioned balancing rule.

It is stated in a post on the HI website that scientists estimate that the spawning stock of cod is now around 800,000 tonnes and has not decreased since 2008. However, the stock has had some good years and reached its maximum size in 2013 when it was estimated at 2.3 million tonnes. Last year too, the reduction was 20 percent from the previous year.

“The cod population is on the way down, but will probably stabilize if the advice is followed,” says Bjarte Bogstad, who is responsible for stocks of North Austarctic cod at the Norwegian Institute of Marine Research and part of the Norwegian-Russian research group that gives the bilateral advice this year.

The stock has been reduced every year since 2013, and the researchers announced a further decrease at the latest at last year’s quota council.

“We must expect some further decline also until the next quota council before the development flattens out,” says Bogstad.

“The cod in the Barents Sea is still a large and important stock, but there are no longer fantastic conditions,” he concluded.

“It is perhaps somewhat more down than we could hope for, but at the same time it is expected that the quotas will be reduced.”

He says the organisation has confidence in the researchers’ work with the quotas and that it is a responsible principle that underlies the council.

“We are for sustainable and research-based management. There is agreement between the researchers’ and the fishermen’s observations of a smaller amount of cod in the sea. Then it is responsible to reduce the quota. Now we have to work to get a stable and then an increasing stock,” says Heggebø.

He also emphasised that it is positive that Norwegian and Russian researchers have collaborated on the advice that has now been put forward.

Reacting to the news, resource researcher Gjert Dingsør in Fiskebåt said, “This was as expected and therefore not surprising.” 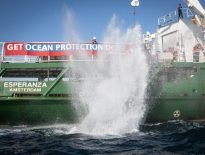 Latest News Greenpeace plans for another boulder dump off sout… 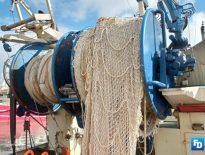