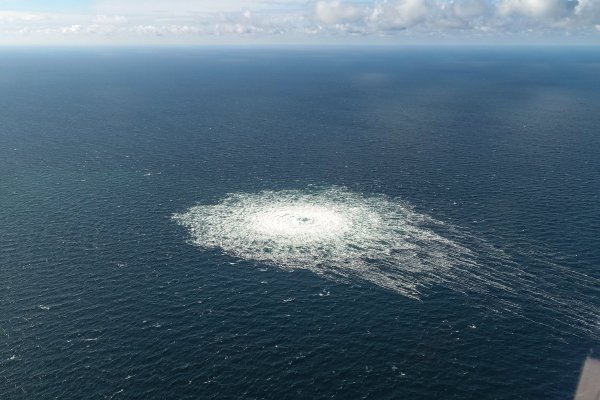 Baltic Sea fishermen have been warned by authorities to avoid the Nord Stream gas leaks which have appeared in Danish and Swedish waters. Photo: Forsvaret

Danish fishermen have been warned by authorities of three gas leaks in the Baltic Sea, on of which is located near the fishing harbour of Bornholm in the Danish economic zone.

The fishermen have been warned that the leak can be hazardous to shipping, and therefore vessels are not advised to sail within a radius of five nautical miles from the affected area.

The gas leaks are coming from the Nord Stream-1 pipeline, with two more holes reported to have appeared in Swedish waters.

Questions have been raised as to why the leaks happened, with reports of undersea explosions being blamed on Russian activity, who are attempting to escalate tensions with Europe over sanctions being imposed on them over their invasion of Ukraine.

European leaders have said sabotage is the most likely cause of two leaks in the Nord Stream gas pipelines in the Baltic Sea linking Russia and Europe, as the President of the European Commission Ursula Von der Leyen has warned of ‘strongest possible response’ to attacks on European energy infrastructure. The Nord Stream pipelines link Europe to the Russian gas supply, and although they are not currently in operation, still contain gas. 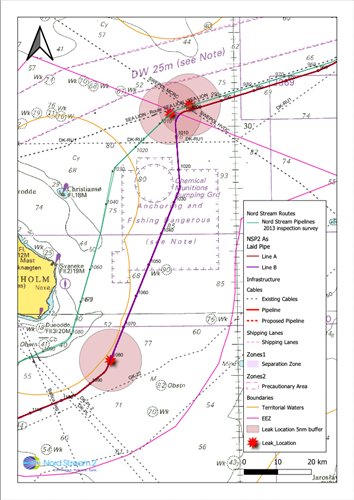 Locations of the three gas leaks in Danish and Swedish Waters

The European Union has called the leaks on the pipeline between Russia and Germany as deliberate acts with the EU’s foreign policy chief, Joseph Borrell saying the leaks in Nord Stream-1 and Nord Stream-2 earlier this week “are not a coincidence”.

“Any deliberate disruption of European energy infrastructure is utterly unacceptable and will be met with a robust and united response,” he warned in a statement.

Mr Borrell called for an investigation into the leaks from the Nord Stream 1 and 2 pipelines, saying, “All available information indicates those leaks are the result of a deliberate act.”

“We will support any investigation aimed at getting full clarity on what happened and why, and will take further steps to increase our resilience in energy security,” he said.

He added: “Those responsible will be held fully accountable and made to pay.”

Sweden and Poland have already said sabotage was the most likely cause of the leaks from the pipelines in the Baltic Sea, with Warsaw suggesting Russia was probably the culprit, to escalate the war in Ukraine. 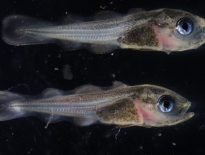 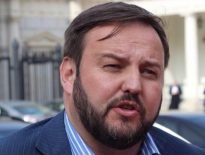