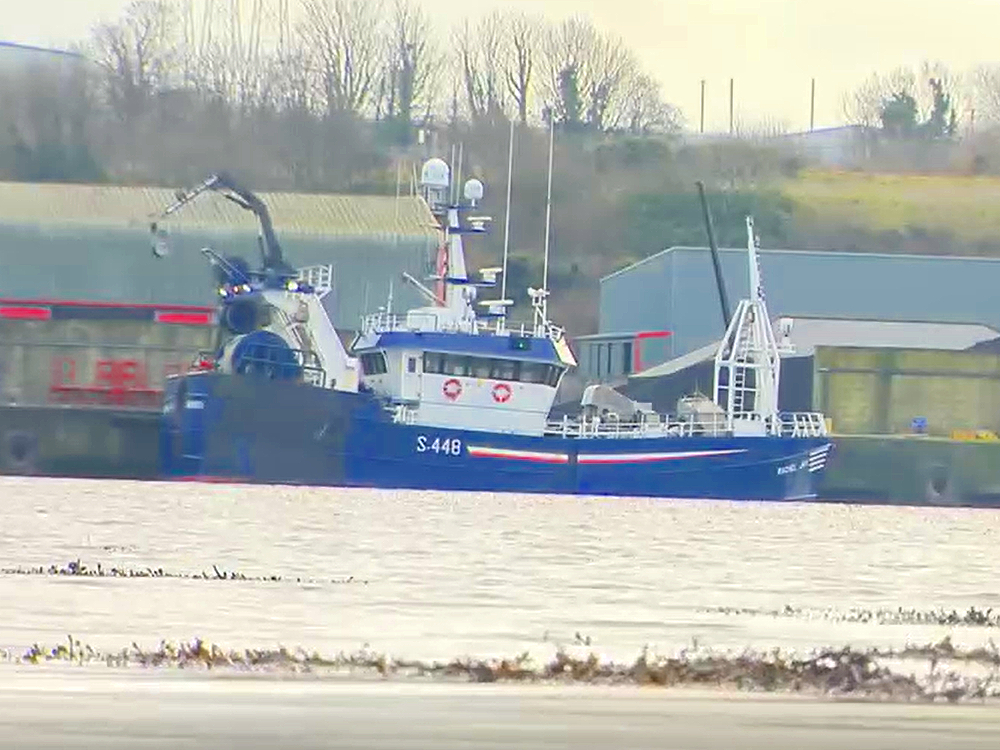 After the Rachel Jay landed in Lisahally, Anifpo has called on the Irish government to find a solution to landing issues for NI boats

Over the weekend Skibbereen trawler Rachel Jay became the first Irish registered fishing vessel to landed in Northern Ireland since Brexit on the 01 January 2021. The Rachel Jay landed in Lisahally, Derry/Londonderry Port with mackerel caught from the north of the Butt of Lewis off the Scottish coast.

Welcoming the landing Anifpo said “It’s good to see Irish trawlers landing mackerel caught in U.K. waters into Northern Ireland ports. DAERA worked hard to ensure seven harbours around Northern Ireland were approved and designated in time for landings such as this to avoid a hard border on this island and continue this important unfettered trade.

“We need to see Dublin take similar action. Only two Irish harbours are designated to receive landings from NI trawlers.”

Last week, the Irish Sea-Fisheries Protection Authority (SFPA) placed harbours in Ireland on notice that Northern Ireland registered fishing vessels could no longer land their catches or avail of services in harbours not designated under the North East Atlantic Fisheries Commission (NEAFC) regulations, as they are now classified as being from a ‘third country’.

The effect of the SFPA order has created a hard border at Irish ports. The Irish Minister for the Marine Charlie McConalogue said last week that he is aware of the issue and “will continue to look for options to resolve it”.

One of the solutions touted is the reintroduction of the Voisinage Agreement. The agreement or arrangement had existed since the mid-1960s until it was successfully challenged by Greencastle fisherman Gerard Kelly in the Supreme Court in 2016. The Court found that Voisinage had no legal standing in Irish law and that it was only a gentleman’s agreement, despite a reciprocal arrangement being provided for in Northern Ireland through British law.

In April 2019, the then Government introduced a Bill into the Óireachtas to give the arrangement a legal basis in Irish law. The Bill was passed and signed into law.

The issue with the Sea-Fisheries (Amendment) Act 2019 which amended Section 10 of the Sea-Fisheries and Maritime Act 2006 only allows Northern Ireland registered fishing vessels to ‘fish’ in the 0 to six nautical mile zone and does not mention ‘landing’ in the clause.

“(2) A person who is on board a sea-fishing boat owned and operated in Northern Ireland may fish or attempt to fish while the boat is within the area between 0 and 6 nautical miles as measured from the baseline (within the meaning of section 85) if, at that time, both the person and the boat comply with any obligation specified in subsection (3) which would apply in the same circumstances if the boat were an Irish seafishing boat.”

Whether the Irish Government can resolve the situation, the SFPA has advised that:

“As the UK is no longer an EU Member state, UK registered fishing vessels, including those vessels which are registered to addresses in Northern Ireland, are subject to new EU fisheries and food safety controls reflecting the UK’s status now as a Third Country.” 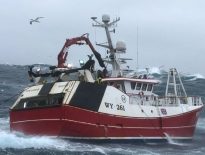 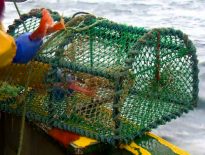