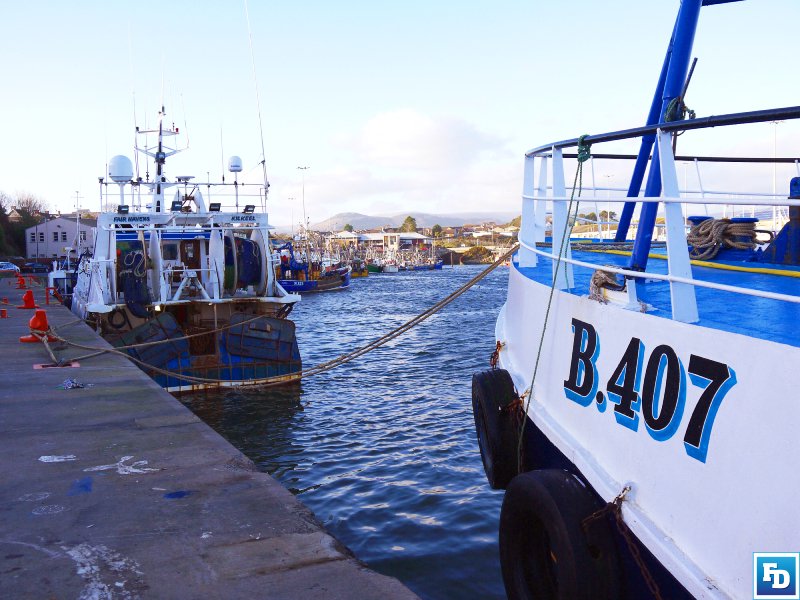 The Irish Government has restored access for Northern Ireland fishing fleet to their inshore waters which is causing anger and frustration for some in the Irish fishing sector.

Northern Irish fishing vessels have been excluded from the inshore waters around the Republic of Ireland since the Voisinage Agreement, which had been in place since the 1960s, was revoked by the Irish Government in 2016 after the Irish Supreme Court ruled it had not been properly incorporated into Irish Law.

The agreement allowed for reciprocal access to vessels from the Republic of Ireland and Northern Ireland to each other’s inshore waters.

It had been an intention of the Irish Government to restore the arrangement under new legislation and was championed by former Minister for Agriculture, Food and the Marine, Michael Creed, TD.

Sea Source NI reported last night, “As of 23:01 hrs, Saturday, 10th July 2021 mutual access to inshore waters (0-6 nm) around the island of Ireland for fishing vessels from north and south will be restored.

“We very much welcome this development, especially for our small vessel fleet. A sea border remains for Northern Ireland’s fishermen in offshore waters (6-12 nm) around Ireland and we call for efforts to be doubled to resolve this anomaly urgently.” 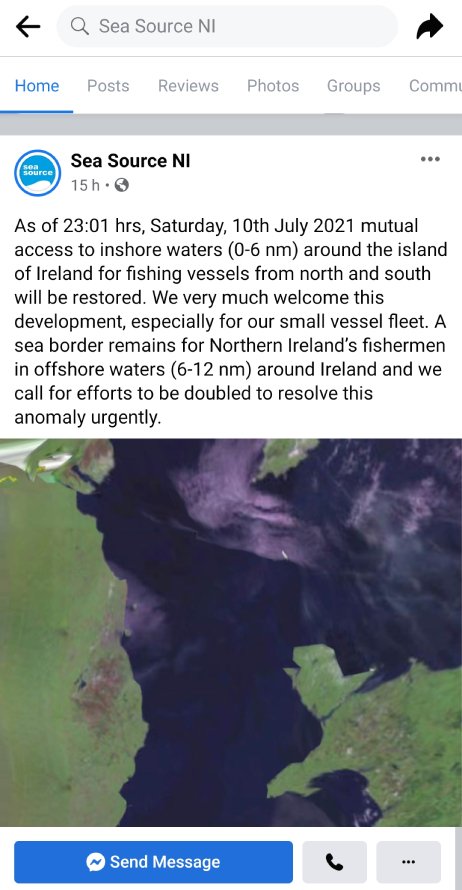 The decision has been met with anger and dismay by some in the Irish fishing industry, as anyone owning a vessel over 18 metres LOA (length overall) received a letter this week informing them that due to a recent Court of Appeal decision, they remain locked out of inshore waters, with the exemption of the sprat fishery.

The letter stated “Re: Temporary Extension of Policy Directive 1 of 2019 excluding vessels over 18 metres LOA trawling inside 6 nautical miles and the baselines, except for restricted sprat fishery” states that the directive remains in place until 04 October 2021, when the Court of Appeal is set to make its determination on the current case.

In the meantime, it is feared that the agreement will allow Northern Ireland registered vessels of all sizes to trawl in Irish inshore waters, whilst Irish-registered vessel over 18 metres will be forced into deeper water.

Reacting to the news, one Irish boat owner stated, “You couldn’t make this up. The same week that the Irish department for the marine sends us a letter telling us we are not allowed fish inside the Irish 6-mile limit, they grant access to the Northern Ireland fleet inside the 6 miles.

“If this doesn’t prove how anti-Irish fishermen the Department and Government are, nothing will.”

Cork Independent TD, Michael Collins reacted to the news by saying, “That sounds like the Department of Marine alright. They are not fit for purpose for a long time.”

Policy Directive 1 of 2019 was introduced by then Minister for Agriculture, Food and the Marine, Michael Creed, TD. After a successful Judicial Review in October 2020 by two applicant fishermen, the High Court declared the Policy Directive void of no legal effect. A stay on the order was refused by the High Court on 10 December 2020. 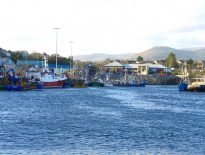 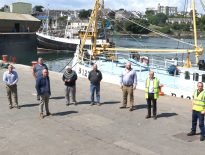