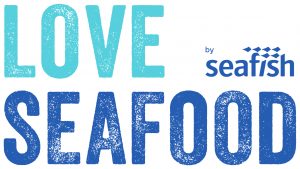 Seafish, the public body that supports the UK seafood industry, has announced it will deliver additional Love Seafood campaign activity this spring, featuring UK fish and shellfish.  Love Seafood is a 20-year initiative to shift seafood consumption levels in the UK, and over time will feature many different species and product types as it seeks to change attitudes.

The past year has been challenging for many seafood businesses as they faced the impacts of the global Covid-19 pandemic. Despite significant setbacks in 2020, caused by the pandemic, retail continues to perform well.

Overall seafood consumption stats showed an annual increase in 2019, indicating potential change in the longer-term downward trend since 2007, driven by the recession. According to the latest Defra Family Food Survey, UK households consumed an average 161g of seafood per person per week in 2019, which was 5.6% more than in 2018. However, retail and foodservice data for 2020 indicates that overall seafood sales declined compared to 2019. While multiple retailer sales boomed at +11 %, the higher value, commercial out of home sales fell at -40%, causing the overall decline.

The UK Government is providing support for a campaign featuring key UK species. Seafish is partnering with Department for Environment, Food and Rural Affairs (Defra) to deliver the campaign. Campaign budget will be spent with support from Love Seafood agency partners and Seafish is contributing staff resource for campaign management.

The campaign will launch in the first week of March and run for four weeks. Content will drive awareness of species caught by the UK fleet which are traditionally exported to Europe or to hospitality. Species of fish and shellfish to feature include:

The campaign will target mid-market families, a key audience demographic for Love Seafood and one which is already outperforming other target audience groups in engaging with the brand. This was also a key demographic group for the Sea For Yourself marketing campaign featuring UK seafood which Seafish and Defra partnered on last summer.

The campaign will take a media-first approach, aiming to secure maximum reach and frequency with its target audience across the UK. This will include both:

YouGov and One Pulse research will also be carried out pre- and post-campaign. This will provide baseline stats and be used to evaluate campaign success. The campaign goals focus on reach, perceptions and propensity to purchase.

“We’re absolutely delighted to be partnering with Defra to deliver additional Love Seafood marketing activity featuring UK species, at a crucial time for the sector. We’ve heard concerns from industry about the challenges they are facing and we know it’s been a really difficult year for many seafood businesses. We’re responding with more activity that will help drive awareness of seafood across the UK.

Changing perceptions is the first step towards increasing seafood consumption in the UK over the long term – the goal for our Love Seafood initiative. We were heartened by a consumption increase in 2019 before the Covid-19 pandemic hit, but we know there’s still a lot more work to do, especially now.

We’re calling on seafood businesses across the UK to join in when the latest Love Seafood campaign launches in early March. Sharing a single, powerful message about the value of seafood to UK consumers will grow the presence and prominence of the entire category. Together we can help build the profile of seafood across the nation, and in the hearts and minds of the nation.”

More information about the Love Seafood campaign is available on the Seafish website: www.seafish.org/Spring-2021-Love-Seafood-campaign 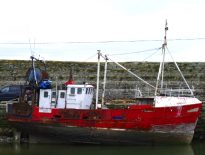 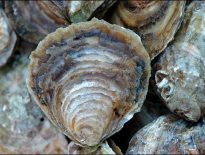