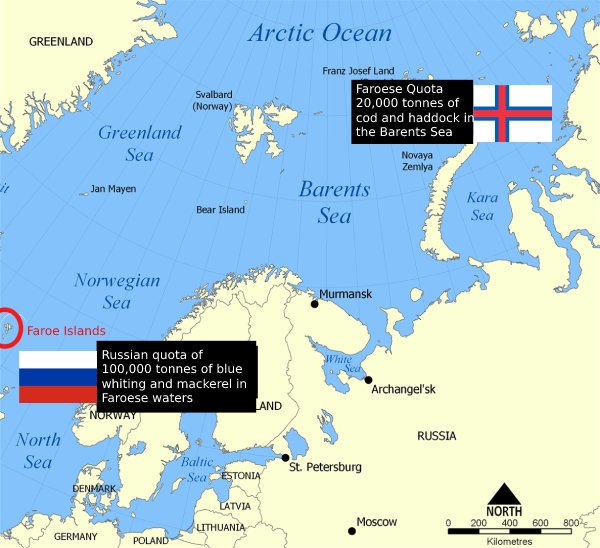 The Faroe Islands will continue their fisheries agreement with Russia as political opposition from inside the nation’s parliament somewhat, evaporated.

Despite opposition parties’ earlier stance on the agreement, yesterday, the Islands’ government concluding there was “broad” political support and decided on a new one-year agreement with Russia.

This was confirmed by Árni Skaale, the Faroese Minister of Fisheries who said:

In the end, only one party, the Sjálvstýri party with one seat in the Faroese parliament, decided to vote against extending the agreement.

According to the Fisheries Minister, the Faroese government will start negotiations with the Russians as early as today and it is hoped that both countries will have reached an agreement by tomorrow, Friday 25 November.

The fishing agreement with Russia is a form of barter. It means that Russia gives the Faroe Islands a quota to fish mainly for cod in the Barents Sea, while Russian ships can primarily fish for blue whiting in Faroese waters and tranship the catch in Faroese ports.

The agreement with Russia has existed since 1977 and has been renegotiated every year.

But after Russia’s invasion of Ukraine, the agreement has been hotly debated and met with opposition both from the opposition, internally in the Faroese government and from Danish politicians.

Among others from the now former government party, Miðflokkurin.

The chairman of the party, Jenis av Rana, has previously said that the Faroe Islands should stop all cooperation with Russia, but the criticism bounces off the Fisheries Minister who says that this is the most important fisheries agreement the Faroe Islands have. He said:

He also refers to the fact that food supplies are exempt from the EU’s sanctions against Russia.

Arguing against the agreement, Associate Professor in economics at the University of the Faroe Islands, Hans Ellefsen, has previously said that it is not something that seriously threatens the Faroese economy in general if the agreement with Russia is terminated.

This is because, as previously mentioned, the agreement is a form of exchange agreement, and that Faroese trawlers can in principle themselves fish what the Russians fish today in Faroese waters, if the industry is restructured.

And it may well be possible in the long run to fish the Russian quota of blue whiting in Faroese waters, Árni Skaale explains, but emphasizes at the same time.

The fisheries agreement between the Faroe Islands and Russia 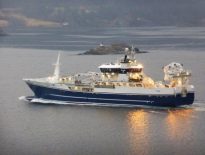 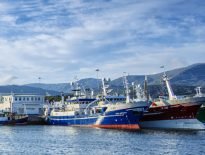