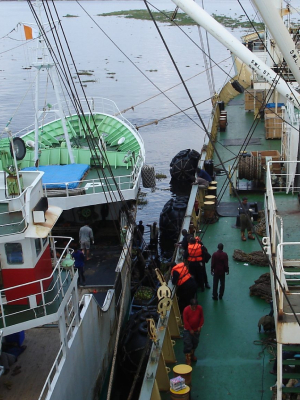 “Environmental and social sustainability of fisheries are often interlinked,” says the Federation. “There is growing evidence that the fleets scoring worst in global illegal, unreported and unregulated (IUU) fishing are also the ones where more cases of forced labour and human rights and labour abuses are observed. The link between IUU and labour abuses has been clearly established in certain Asian countries, with fleets big enough to have a sizable impact on global fishing.”

“The IUU Regulation is the European Union’s tool aimed at banning imports of fish products that were caught illegally, claims the ETF.

They say the regulation has a serious shortcoming: it is based solely on environmental sustainability.

“Considering the close links between environmental and social abuses, this is not acceptable. The EU shall put in place the necessary measures to ban imports of fish coming from fleets with clear evidence of human rights and labour abuses. Good practices from other countries can be taken into account. In the United States of America, for example, consumers have access to a list of goods produced by child labour or forced labour.”

They say in order to stop imports of fish products from countries that are violating environmental as well as labour standards to the EU, European Social Partners of the fisheries sector have adopted a resolution. They urge the Commission to take appropriate actions to tackle the issue and ban imports in the EU of fishing products coming from fishing vessels identified as having committed serious labour infringements and not respecting fundamental human rights on board.

They call on the European Commission to:

(1) Require the establishment of a European register of fishing vessels identified as having committed serious labour infringements and not respecting fundamental human rights on board the fishing vessel;

(2) Establish a list of third countries that fail to discharge the duties incumbent upon them under international law as flag, port, coastal or market State, to take action to prevent, deter and eliminate abuse against fundamental labour and violations of human rights in fishing;

(4) Require that all fish products imports entering the Community market comply with minimum internationally agreed standards such as those enshrined in the C188 and transposed in the EU through the Directive (EU) 2017/159;

(6) Perform an IUU audit over non-cooperating Asian countries and eventually act with carding process as necessary;

(7) Promote and secure effective measures to tackle labour abuse through the implementation of ILO C188. 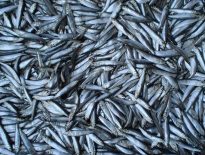 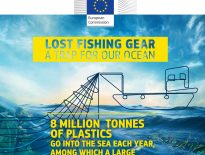