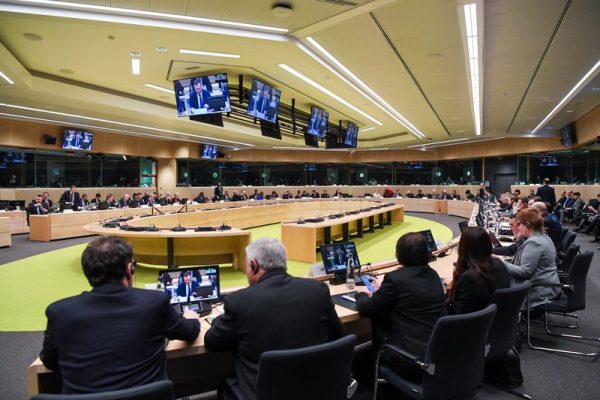 The AGRIFISH Council has agreed on EU fishing opportunities in the Atlantic, the North Sea, the Mediterranean and the Black Sea for 2023

Following two days of negotiations, ministers agreed on fishing opportunities in the Atlantic, the North Sea, the Mediterranean and the Black Sea for 2023, as well as for certain deep-sea stocks for 2023 and 2024.

Overall, the agreement includes catch limits, also known as ‘total allowable catches’ (TACs), for over 200 commercial fish stocks. More than 100 of these stocks in the Atlantic and North Sea are co-managed with the United Kingdom. As discussions on bilateral EU-UK and EU-NO consultations on shared fish stocks are still on-going, ministers agreed on provisional catch limits for the first three months of 2023, pending final agreement. These provisional catch limits include a temporary roll-over of the existing fishing opportunities for the first three months with a 25% ratio to the TAC levels of this year, to cover the first quarter of 2023. For some fisheries where fishing takes place mainly in the first part of the year, this seasonality has been taken into account. Ministers agreed on a similar approach for stocks co-managed with Norway.

“The agreement is the result of two long days of intense negotiations and good will from the part of all member states. This is the best outcome we could secure to ensure continuity for our fishing fleets without undermining our sustainability commitments. We have proved that the Council is determined to preserve and restore fish stocks at sustainable levels, and at the same time to protect the future of communities which depends on fishing” said Zdeněk Nekula, Czech Minister of Agriculture, who were taking charge of the Council for the last time this term.

To safeguard stocks and follow scientific advice, ministers agreed to:

Reduce catch limits for sole by -30% in Skagerrak and Kattegat

Ministers further agreed to maintain the ban on targeted cod fishing in Kattegat, and to roll-over the three TACs for pollack in the Bay of Biscay and in Portuguese waters.

Following the positive scientific advice and the improved state of the stocks, ministers agreed to increase the catch limits for the following stocks:

Additionally, for shared stocks where the stock only occurs in EU waters and the EU sets the TAC independently, ministers agreed on a -10% reduction for undulate ray in the Bay of Biscay and in Atlantic Iberian waters.

Finally, to protect eels, ministers agreed to a comprehensive package to protect the eel and help restore this unique stock in European waters. They agreed to prohibit recreational fisheries and to extend the closure for any commercial eel fishing activity to six months in marine and adjacent brackish waters in the north-east Atlantic (including the Baltic Sea) and in the Mediterranean (excluding the Black Sea) in a differentiated way to take into account different migration periods in different sea basins. Hence, member states will be able to adapt the closure period for different fishing areas, to take into account their specificities as well as the temporal and geographical migration patterns of eel at respectively the glass eel and silver eel life stage.

Ministers agreed to reduce fishing effort for trawlers in the western Mediterranean by -7% to protect demersal stocks, in line with the EU’s legal obligation to attain the maximum sustainable yield for these stocks by 2025. In addition, ministers agreed to continue the use of the compensation mechanism that was established for the first time for 2022, allocating +3,5% of additional days to trawlers eligible under specific conditions as an incentive to increase the protection of the stock through e.g. selectivity or closures. Ministers further agreed to freeze long liners’ efforts at 2022 levels to protect the hake spawners, essential for the speedy recovery of the stock. They additionally agreed to reduce the maximum catch limits for stocks of blue and red shrimp in the Alboran Sea, Balearic Islands, Northern Spain and Gulf of Lion by –5% and stocks of blue and red shrimp and giant red shrimp in Corsica Island, Ligurian Sea, Tyrrhenian Sea and Sardinia Island by -3%.

In the Black Sea, the existing transitional TAC and quotas for turbot will be rolled-over for 2023. In addition, it was agreed that the EU will carry-over the unused EU turbot quota of 22,5 tonnes from 2021 to 2023 as established under the revised multiannual management plan for this species.

Virginijus Sinkevičius, Commissioner for the Environment, Oceans and Fisheries, said:

“Today’s decisions show that the EU is at the forefront of sustainable fisheries management. I am very pleased that Member States have followed the Commission’s proposal for most stocks. By agreeing to set fishing opportunities in line with the scientific advice from the International Council for the Exploration of the Sea (ICES), we continue our efforts to manage our stocks at healthy levels. There is still some room for improvement, however, in particular regarding precautionary advice stocks. I also welcome that Council has made progress to address the critical status of eels with a six month closure of marine catches and a total prohibition of recreational fishing.” 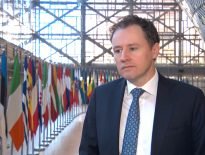 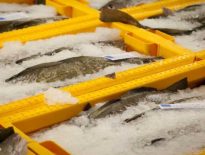