BLOOM and the coastal fishers of Northern France closely won (12 votes against 11) the vote to ban demersal seining (also called flyshooting) – a devastating fishing method – in French territorial waters in the Channel.

MEPs in the European Parliament’s Fisheries Committee have just voted on the amendment tabled by the Green MEP Caroline Roose to ban demersal seining in French territorial waters. Until the last moment, BLOOM and fishers from the northern France and Normandy mobilised and met with MEPs, fearing the vote outcome in the absence of some defenders of inshore fishing. “Under normal circumstances, we should have had a clearer support,” explains Laetitia Bisiaux, who led the campaign with the fishers, “so it is a relief that the ban was adopted at least knowing it was up against the usual supporters of the industrial fishing lobbies, who are overrepresented in the Fisheries Committee,” she adds.

Demersal seining is a fishing technique related to bottom trawling. It was developed in the late 2000s by the Dutch industry, which started using it in the Channel. This method is so devastating for marine ecosystems and fish populations that French fishers who have equipped their vessels with it – in order to remain competitive – are today at the forefront of those calling for a ban.

For over 10 years, coastal fishers have been alerting public authorities about the impacts of this fishing technique. These warnings were met with total indifference. In the face of this social and environmental disaster threatening the immediate future of inshore fishers, BLOOM proposed a prohibition amendment, which was supported and tabled by MEP Caroline Roose, in the hope that the European Parliament would take the urgent measures needed. And it did ! “MEPs were told about the destructive impacts of demersal seining by fishers who practice this technique themselves. The MEPs listened to the warnings that have long been ignored. This is a very important day for the ocean and coastal fishing communities,” underlines Laetitia Bisiaux.

The rapporteur of the text¹ the RENEW MEP Mr. Pierre Karleskind, asked for and obtained a “mandate” allowing him to directly start the “trilogue” negotiations without going through a vote in the European Parliament plenary.

Mr Karleskind is now responsible for defending the European Parliament’s position during the very opaque trilogue negotiations between the Council (the Member States), the European Commission and the European Parliament. These three institutions will have to find a compromise before the end of 2022, in order to extend the Common Fisheries Policy, which expires on the 31 of December 2022. Without a trilogue agreement, there would be no fisheries regulation in the EU waters.

BLOOM will continue to closely follow this issue of crucial importance for the ocean and the survival of inshore fishers. 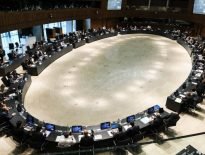 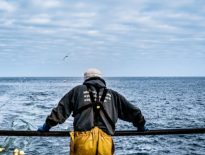