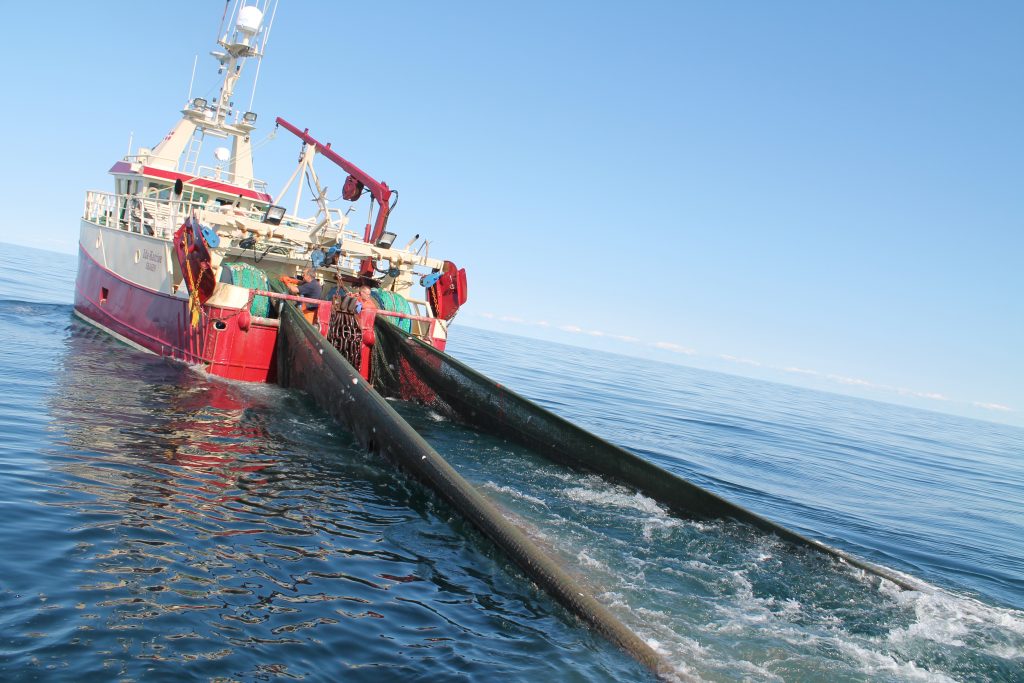 The Danish Fish Producers Organisation and the Minister for Food, Agriculture and Fisheries, Mogens Jensen have reached an agreement on 10-12 vessels voluntarily taking cameras on board in the Kattegat.

The DFPO says that they have entered into an agreement of common understanding with the Minister which will see  no vessels being currently forced into taking surveillance cameras onboard.

After a long and tough battle against camera surveillance, the agreement will see surveillance cameras installed on 10 -12 fishing vessels after the Association succeeded in finding volunteers for the project outside of the original .

Instead, camera surveillance must be installed on a number of fishing vessels that volunteer. The Danish Fishermen’s Association has succeeded in finding 10-12 volunteer vessels for the project.

The Danish Fisheries Authority has originally selected fifteen fishing vessels from the country’s fleet to be installed with remote electronic monitoring (REM) cameras but this was met with strong opposition from Danish fishermen. Only one of the fifteen had volunteered for the project whereas the rest were being forced into taking surveillance cameras onboard.

The Association called the selection of the fourteen non-voluntary vessels as “completely unreasonable, ” and “The Minister’s camera project has no grounds”.

As a result of the new voluntary agreement, the DFPO and the Minister says that no one in Danish fisheries is currently forced to install a camera on their vessel.

“We have fought a good fight against camera surveillance. Unfortunately, this has not shaken the majority of the parties in the Folketing, who apparently – when it comes to fishing – take a hard look at their political statements about camera surveillance in general. Therefore, I am glad that we have reached a common understanding that we are starting up camera surveillance as a voluntary project. I am proud that there are fishermen who volunteer and take one for the team. It shows the strength of the community in Danish fishing. It is my hope that we can use it actively in the future. Because we are not at all finished fighting against camera surveillance,” says chairman Svend-Erik Andersen.

The agreement was presented on Sunday afternoon in Strandby, where the Minister met with chairman Svend-Erik Andersen, chairman of Strandby Fiskeriforening, Claus Hjørne Pedersen and one of the vessel owners who have volunteered for the project. Here they briefly explained the main elements of the common understanding.

It has also been agreed that the project will be thoroughly evaluated before the second phase of the project is started.

“It is important for us that we get a proper overview of this project. In fact, I think we can use the evaluation to prove that camera surveillance is out of proportion. It must be able to convince the political majority behind camera surveillance that this is the wrong way to go,” says chairman of Strandby Fiskeriforening Claus Hjørne Pedersen.

From the common understanding it appears that the Ministry of the Environment and Food continues to intend to roll out the camera project to all vessels in the Kattegat. The project will comprise a total of approximately 100 vessels when fully implemented in 2022.

“The common understanding is in no way an expression of the Danish Fisheries Association accepting requirements for camera surveillance in Danish fisheries. We will work hard to get politicians to change their minds about the second phase of the project. Because no one should be forced to install a camera on the vessel,” says chairman of the Danish Fisheries Association, Svend-Erik Andersen.

In addition, the common understanding means that the development of the selective gear of the future will be accelerated, as a new experimental fishery in the Kattegat will be initiated in collaboration with DTU Aqua. In addition, a working group will be set up to present proposals for sustainable fisheries management for fishing in the Kattegat – something that Danish fisheries have been calling for for over 10 years. As a final element, an app must be developed that can help warn other fishermen if, for example, you experience that there is an unintentional catch composition in an area.

Gregers Jakobsen, a fisherman from Læsø, who was one of the DFPO representatives who met with the Minister expressed his view on the installation of surveillance cameras as part of the REM project.

He said “Yesterday I was invited to the publication of the agreement on ′′ Common Understanding”  made between the Minister and DFPO. In my opinion, it is good political craftsmanship from DFPO, in a very locked and difficult conflict.

I get truly sad to read some of the comments on this page and would like to explain why.

Since the big meeting in Aalborg, a lot of effort has been spent getting the Minister down the so-called ′′ green tree “.

In various ways, most of us have participated in the fight against forced state camera surveillance, and on Læsø the attitude remains unchanged:

If only one of our vehicles with TVANG is applied to a camera then we, preferably together with others, will be driving a lawsuit to have such a claim tried legally. Both Brian and Klaus have made this quite clear.

BUT such a trial does not have a suspensory effect, and therefore it has been important to find a way to remove the camera requirement that 14 vessels have had hanging over their heads for a long time. Well to note in a course without a dialogue between the profession and the authorities and where everyone else is forced on camera in 2021.

Petitions have been made, both DFPO and Læsø Fisheries Association have put the lawyers and advocates on it, and they have succeeded in mobilizing significant political opposition. It has certainly shaken the “green tree” but without the Minister having waived the requirement for camera vang, which was at least initially justified by a concern to protect the cod stock.

Already on 02 March, Læsø Fisheries Association and Læsø Fiskeindustri, we handed over an idea to the minister with concrete constructive suggestions for real protection of cod in Kattegat, including a temporary stop to fishing of cod.

The proposal was named the ′′ Læsø model ′′ and was afterwards translated into a concrete presentation, which DFPO presented to the Danish Parliament’s Food Committee on 10. June.

Two days later we met again with the chairman of the Food Committee Rene Christensen DF on Læsø. DFPO was represented by Svend Erik and Kenn, From Læsø Brian and me, and also Læsø’s mayor and Lasse, our new director at Læsø Fiskeindustri.

Unfortunately, the conclusion was quite clear. Great sympathy for the idea presentation made, but political reality remains unchanged. There is a clear political majority who supports, and expects, that the Minister will force cameras as surveillance in Kattegat. Initially on 15 vessels.

That’s why the thought of “offering” the Minister arose that DFPO, on an agreed basis with real dialogue, is trying to find a number of vessels that will voluntarily take cameras aboard for a while.

These are thoughts for which I clearly assume a co-responsibility, and I am fully aware that no one can at this point judge or guarantee whether the chosen strategy is the right one to eliminate the threat of forced surveillance with a camera.

It certainly hasn’t been an easy decision internally within DFPO either, but you have to remember the alternative. I can be very doubtful about solidarity with the 14 designated vessels, when the police have contributed to the setting up of cameras, there will be fines and possibly. withdrawal of fishing permit.

By the fact that DFPO offers participation in a “voluntary” attempt, the minister got an offer he could hardly reject politically, and it has given him the necessary ′′ runway “. We as fishermen can only be interested in that. This isn’t a question of winners or losers, it’s only about finding useful solutions.

In my opinion, a ceasefire has been concluded for one year until 31 October 2021, when what is described as Phase 1 is to be evaluated.

In a way we get a year to take the Minister on the word: Can the cameras be placed, so that only the fish is monitored etc.

Conversely, we also get the opportunity to document our own arguments to the public: that lobster fishing is purely limited to discards, very few cod etc.

And then a lot can happen in a year. Politically also.

Yesterday I experienced the minister’s turning down rhetoric, and in the joint press release I directly mentioned that the attempt will help to collect important information about the pros and cons of using cameras as a control method.

In the same joint press release Svend Erik once again states that the fishing industry is against forced camera surveillance.

So that’s why: If it turns out when evaluating the experimental period (Phase 1) that there is no agreement on the further progress, then of course the volunteering ceases.

Then the ′′ Common Understanding ′′ no longer exists – the ceasefire is over.” 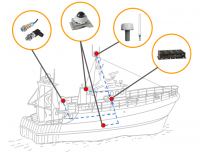 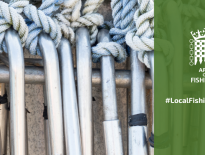