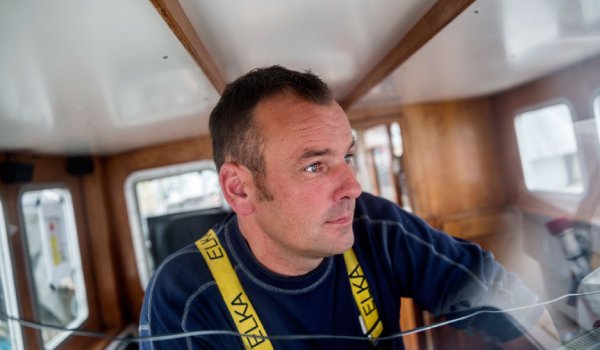 The Chairman of the FSK-PO has clarified that his organisation has never proposed to introduce a general trawling ban in Danish waters.

“In Fiskeritidende on 6 November, it appears in the article about the Liberal Party’s visit to Gilleleje that FSK-PO will ” introduce a ban on trawl fishing in Danish waters “, and that FSK-PO should believe that, “all fishing must be converted into nets”.

These are completely erroneous claims. Allegations that in no way reflect anything that FSK-PO should have suggested or uttered. FSK-PO works to promote fishing with purse seines, pots, hooks, bottom nets, nets and other passive and semi-passive gear.

FSK-PO’s work therefore extends straight from our campaign to get a better and more comprehensive regulation of seals and cormorants to promote fish from coastal fishing among market players – and the work against raw material extraction and dumping of harbor sludge throughout Denmark. On our website www.fskpo.dk you can read much more about what we do. Again, it does not appear in a single place that we want to phase out trawling.

But we address the specific problems our members have.

In the Skagerrak and the North Sea, toll trawlers are a major problem. They are now aware of this in the EU, i.a. because FSK-PO has for a year and a half written to – and held meetings with – among others the EU Commission on the matter. The Director General of the EU Commission’s Fisheries Department visited Thorup Strand in September to hear more about fishermen’s problems with the beam trawlers. And FSK-PO has reported the beam trawlers to the EU control unit because they discard large quantities of fish. Which is provable. We are continuing this work as we hope to be able to stop the foreign beam trawlers, which endanger the fishing of our members and others.

In the western Baltic there are other problems. Here, fishermen have been struggling for years with an ever lower cod quota. This is one of the reasons why the then Minister for Food, Agriculture and Fisheries, Mogens Jensen (S), set up a working group in 2020 to come up with various proposals for what the future fishing in the Baltic Sea should look like.

Here, FSK-PO made a proposal that area 22 and parts of area 24 in the Baltic Sea could be converted to fishing with gentle gear over a number of years. The proposal was based on available figures, which clearly show that settlement prices are higher in the gentle fisheries, and that the proportion of medium-sized and more valuable fish is greater in the gentle fisheries.

Economically, it makes sense to fish the quota at the highest possible landing value. Especially when the quota is low. In this way, we get the greatest total value out of the quota that exists, so that it is to the greatest possible benefit for the fishermen and the follow-up industries. However, the 2020 proposal should not stand alone, but be supported by other initiatives that made the reorganization gradual and fair to all.

Perhaps FSK-PO’s work against beam trawlers and the proposal for a gradual reorganization of fishing in parts of the western Baltic Sea is perhaps the reason for the misunderstanding that FSK-PO should work for a trawl ban? I do not know. But I hope this misunderstanding can now be buried – once and for all.

FSK-PO has never proposed introducing a general trawl ban in Danish waters. We work to promote the interests of our members, which is very natural – and what gives our association justification in Danish fishing today.” 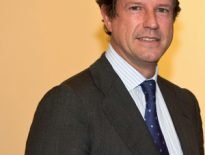 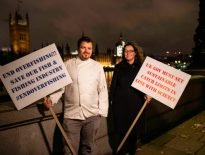