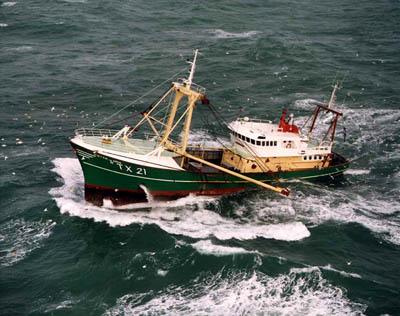 It will be prohibited to fish with beam trawls on the reefs in five Natura 2000 areas in the Danish part of the North Sea and Skagerrak.

This is the purpose of a new proposal, which the Danish government is now moving forward in the EU by initiating regional negotiations with the other EU member states around the North Sea.

“I am very keen to put an end to the destructive beam trawl fishery and give our Danish reefs much-needed protection for the benefit of the area’s habitats and species. Although we do not solve the entire toll trawl problem and are far from finished protecting our Danish port nature, this is an important step. Now I look forward to starting some important negotiations with our neighbors in the North Sea, so that we can protect the vulnerable rock and bubble reefs as soon as possible,” says Rasmus Prehn.

Specifically, these are the reefs Gule Rev, Store Rev, Jyske Rev, Thyborøn Stenvolde and Lønstrup Rødgrund, which lie off the northwest coast of Jutland in the North Sea and Skagerrak. Yellow Reef in particular has previously been in focus, as foreign beam trawlers are very active in the area.

In Hirtshals, where Niels Kr. Nielsen is chairman of the fishermen, it is news that they have been waiting for a long time.

“This is something we have worked for many for many years. The rocky reefs are huge breeding grounds for a huge number of fish, and they are destroyed by beam trawlers. At the same time, the boom trawlers move around on rocks, which other fishermen risk having their gear destroyed by,” Niels explains. Kr. Nielsen.

“The Minister’s ban also includes seine and bottom trawl. Today, the Danish fishermen who use trawls do not fish on the reefs, so it also makes good sense that beam trawls should be banned. However, the minister also wants a buffer zone around the reefs where bottom trawling is banned and that could be a challenge.

“We have good fishing spots close to the rocky reefs, so depending on the size of the zones, it will affect Danish fishermen. So it is important that we minimize the buffer zones as much as possible,” says the local chairman.

From voluntary agreement to negotiations

The Danish Fisheries Association is also well satisfied that the government is now addressing the boom trawling problems. They themselves have been working on the matter for a number of years, and most recently a voluntary agreement was reached with the Dutch and Belgian fishing organizations. That agreement meant that all fishing with beam trawls within 12 nautical miles from the Danish coast in the Skagerrak would cease.

Now it’s the politicians’ turn to find a solution. And it will not be easy. Rasmus Prehn also acknowledges that even if the neighbouring countries, according to the EU, must not unnecessarily prevent Denmark from introducing measures such as these, the negotiations will not be easy.

– There are a number of interests at stake here, and it will certainly not be easy negotiations, says the minister. 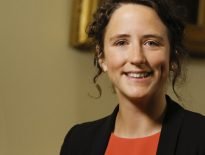 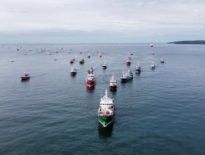