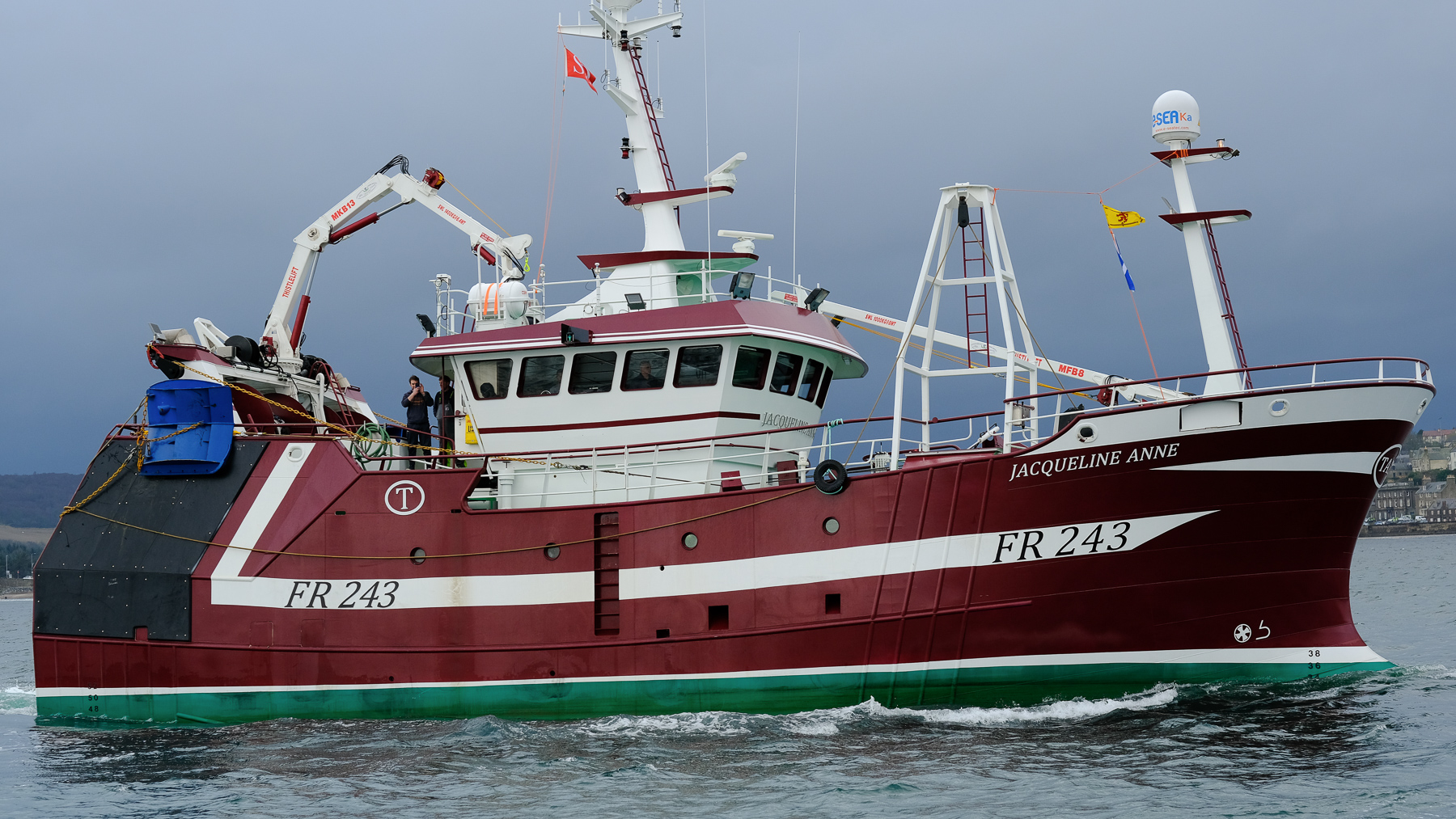 This new build replaces their previous fishing vessel of the same name, which was built by the yard only seven years ago in 2013 and is intended to fish around the coast of Scotland, predominately in the North Sea.

JACQULINE ANNE shares the same hull form as the CRYSTAL SEA which was handed over earlier in the year and features a hull form developed by Macduff Ship Design which evolved from the yards
previous 24.00 m model with modifications made to reduce hull resistance and improve fuel efficiency. 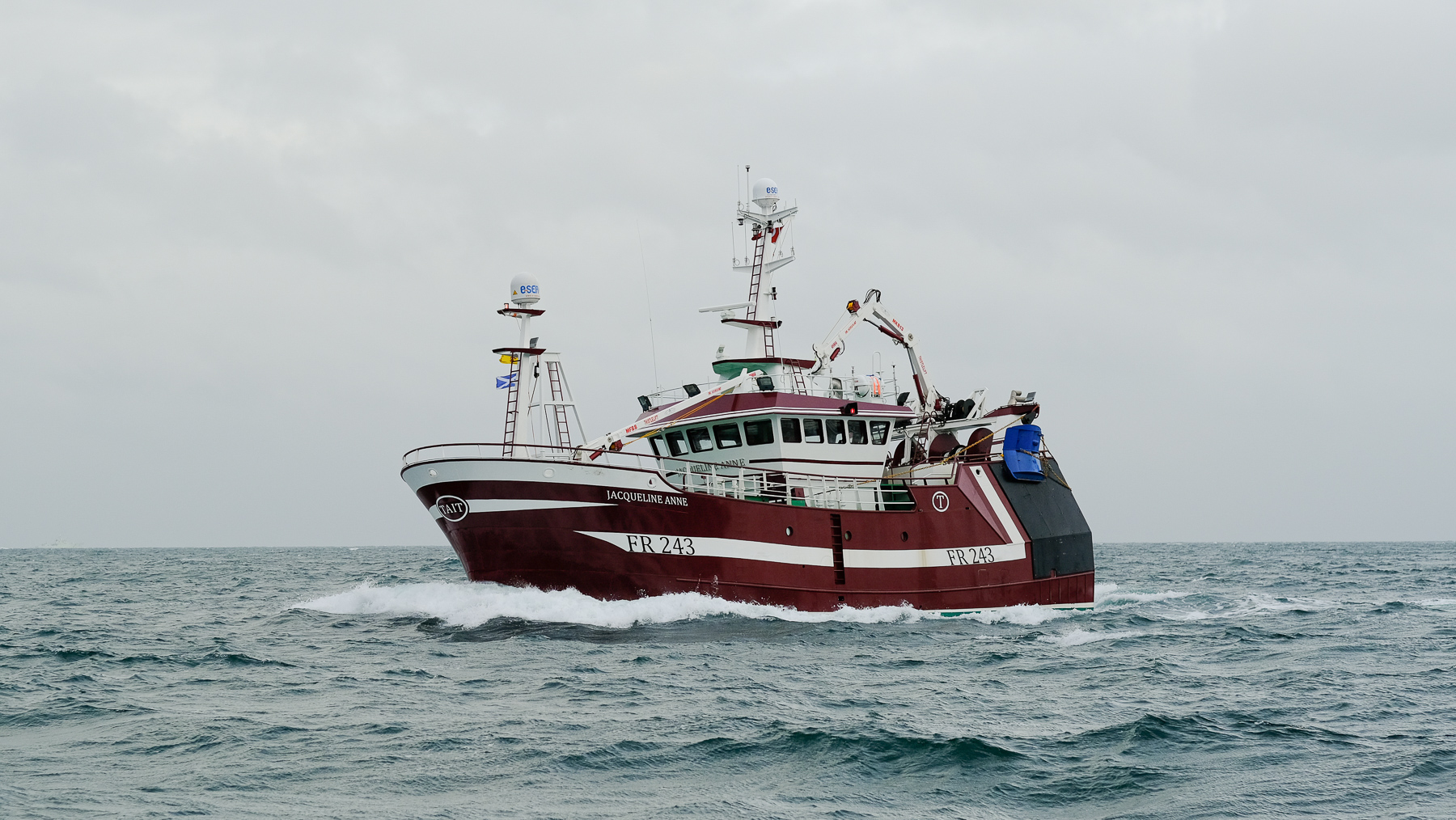 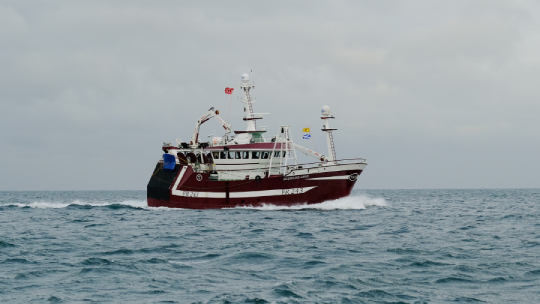 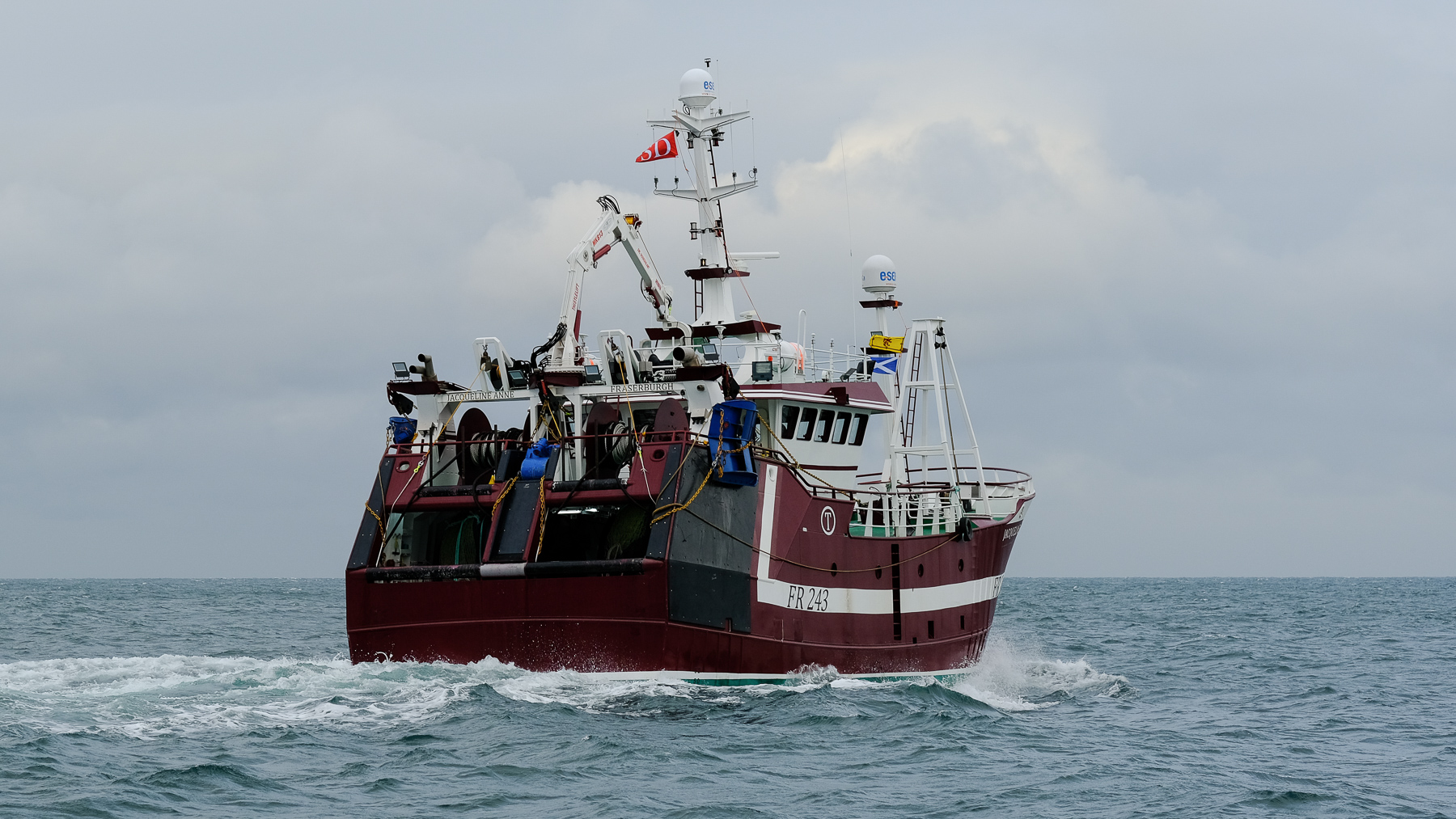 CFD technology was used at the early stage to measure the resistance of the proposed new hull against the previous design and to identify areas where further improvements could be made.

Following this the hull form was finalised and faired virtually by Macduff Ship Design who then produced a detailed set of kit construction plans and produced the stability data upon completion of the build.

The steel kit was cut in house by Macduff Profilers, a division of the yard, and the vessel was fabricated between the yards two sites with the steel modules being fabricated in Macduff and then shipped to Buckie where the hull was assembled, engineered and fully fitted before carrying out sea and fishing in the Moray Firth.

The hull of JACQUELINE ANNE is built completely from steel, apart from the wheelhouse and masts,and features a double chine hull form, transom stern and soft nose bulbous bow which is faired gently into the main hull body. 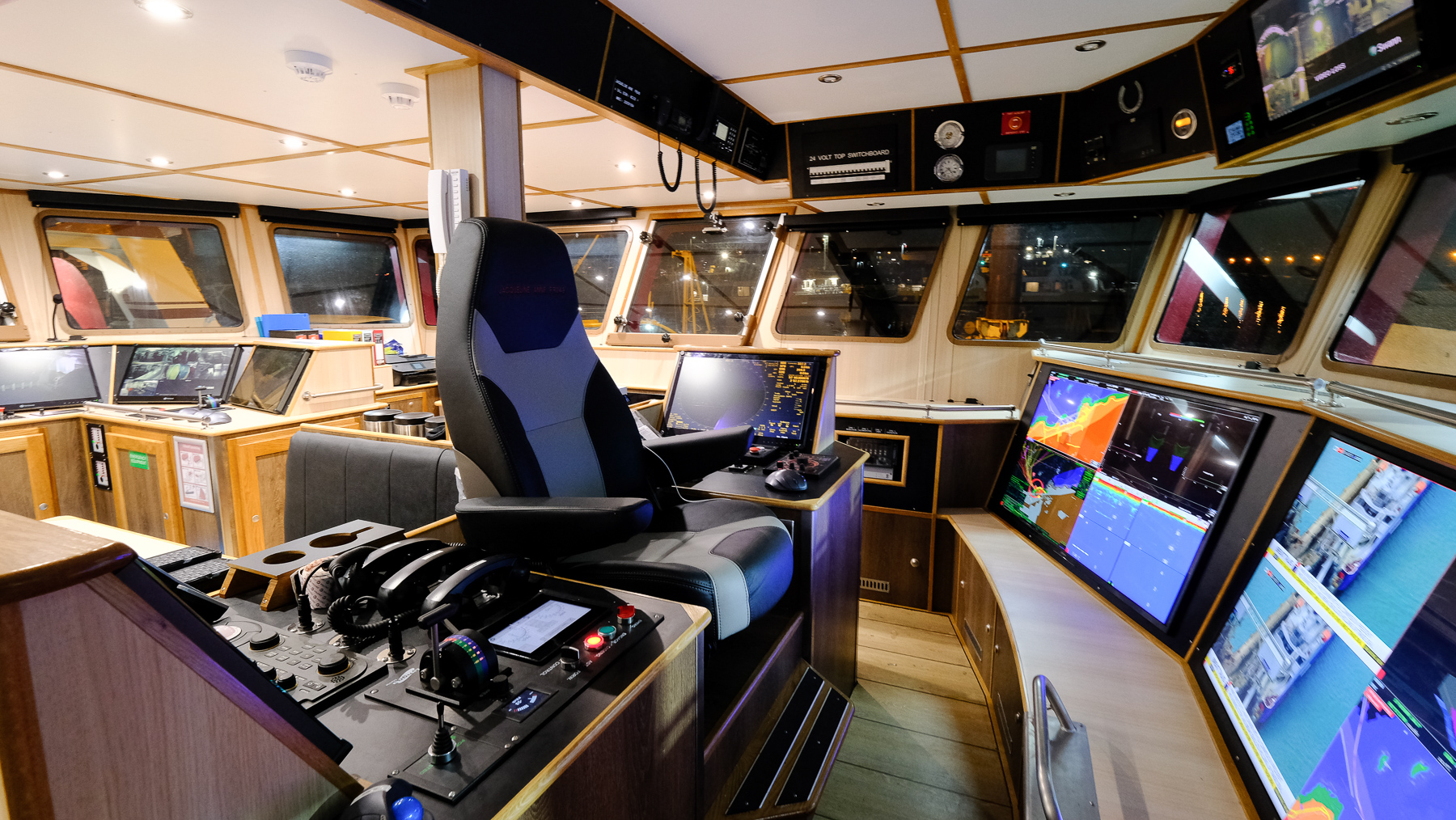 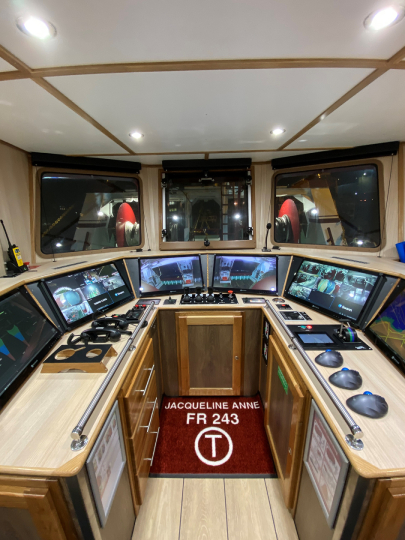 In broad terms the layout of the JACQUELINE ANNE is largely like some of the other recent new builds produced by the yard. Below deck features the cabins, engine room, fish hold and a large freshwater tank forward of the collision bulkhead.

Above deck is situated the aft shelter, galley/mess and side passage area, fish processing area and then a winch room forward where three split winches are sited.

However, the working deck has been significantly rearranged to suit the owner’s requirements and features a dry locker, hold unloading hatch, hold
access stairwell and refrigeration plant room all to the port side which creates a large hatch free fish
processing area on the vessel’s centreline and the standard hopper and tray sorting arrangement on
the starboard side. 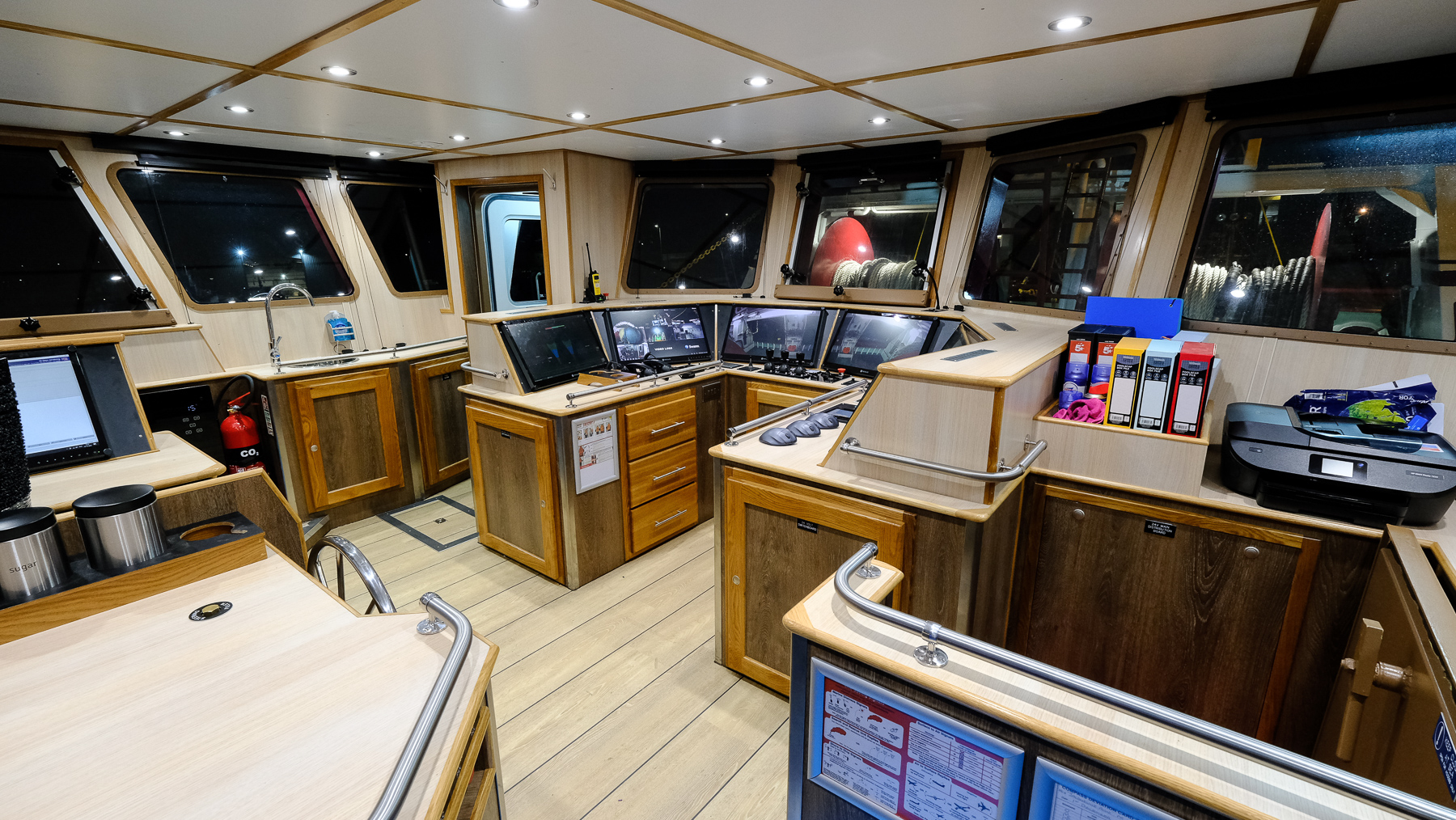 The hydraulic system was also designed and installed by the yard and is a load sensing system with the main hydraulic control valves fitted in the engine room.

The MFB8 landing crane was supplied by Thistle Marine and features a slew ring base along with a radio remote control.

The BK13 power block crane was alsosupplied by Thistle Marine and again features a slew ring base and is fitted with a small winch to assist with general lifting duties. 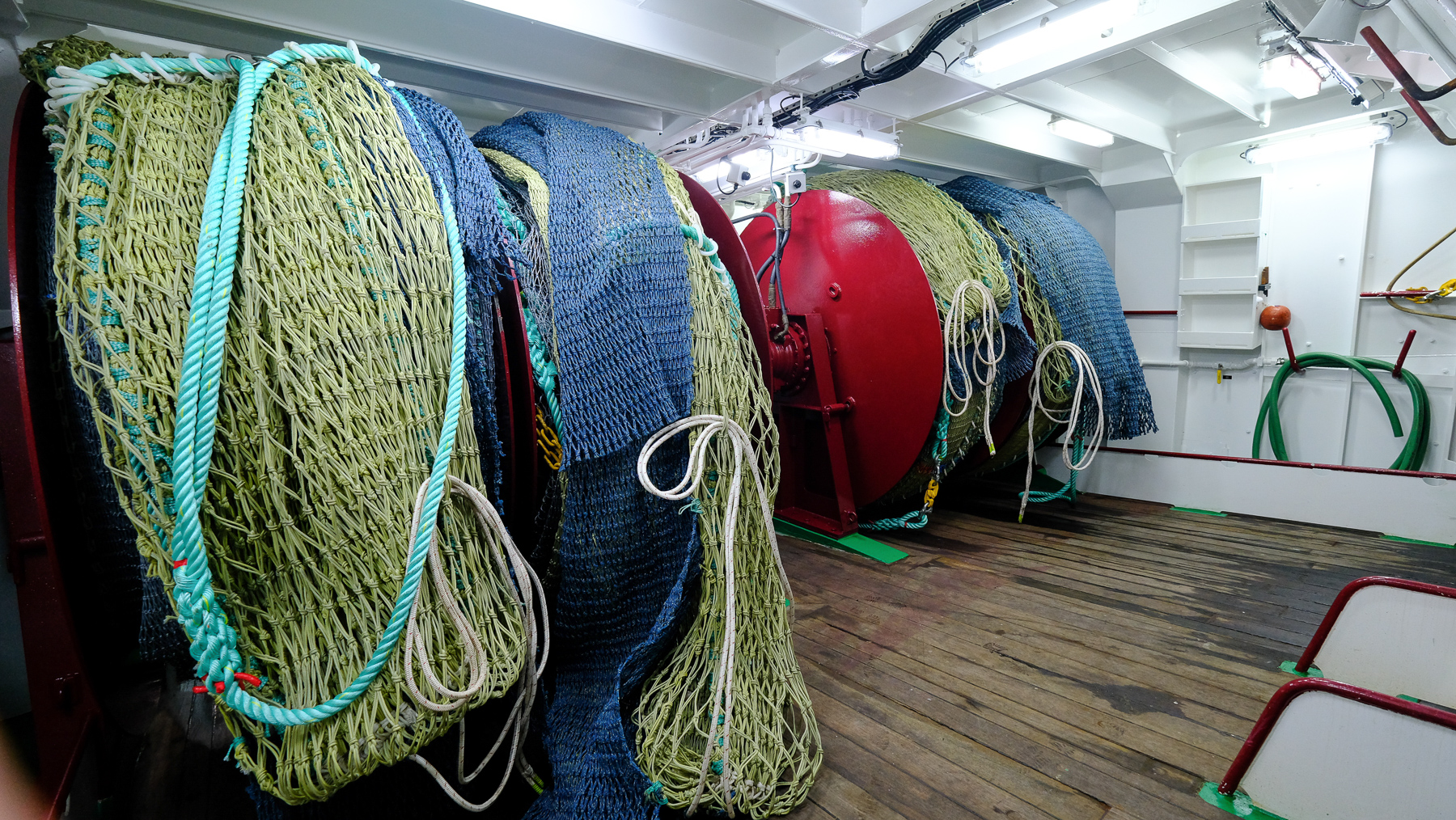 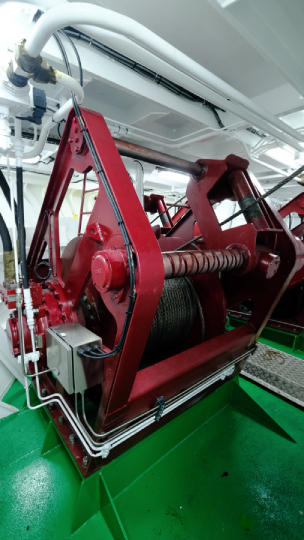 A hydraulically powered bow thruster is also fitted with 2235 kg of thrust supplied by Kort Propulsion.

Breaking away from the norm, the propulsion packages features a large 2.7 m controllable pitch propeller, supplied by Helseth A/S, driven by a Kumera K-CPP-450 2 step gearbox with 12.3:1 reduction. 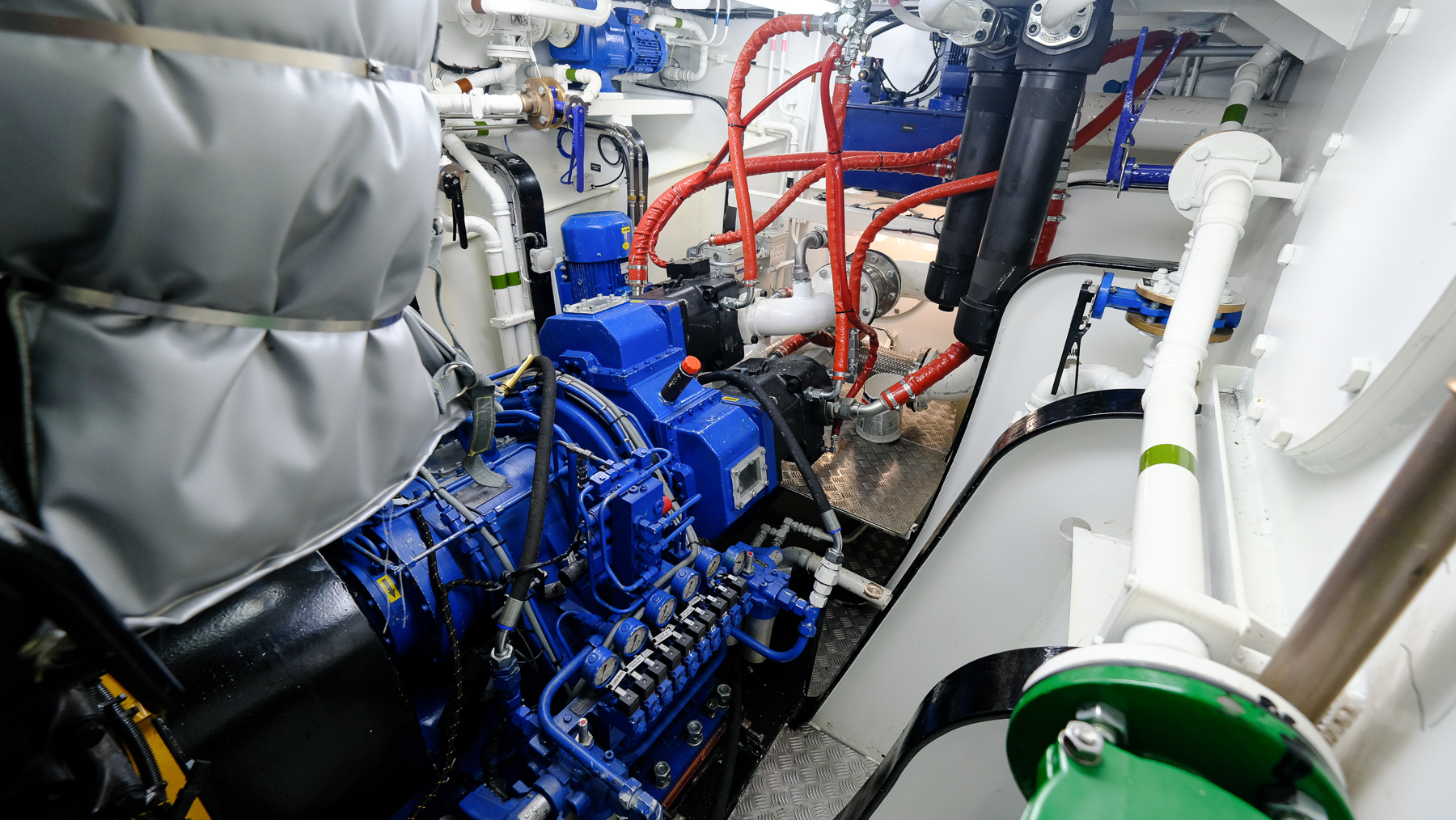 Propulsion power is provided by a Caterpillar C32 main engine developing 750 hp @ 1800rpm supplied by Finning Power Systems which is freshwater cooled via a box cooler provided by Blokland.

The flexibility of the C32 main engine which allows for full power to be developed between 1600-1800rpm along with unlimited control of pitch inherent with CPP systems provides the vessel
with a very large degree of control.

This was demonstrated on sea trials where vessel excelled in control at low-speed operations such as manoeuvring in the harbour whilst also being able to optimise the engine rpm and propeller pitch combinations for both trawling and steaming to achieve maximum effeciency. An average top speed of 10.7 knots was recorded whilst a more economical speed of 9.2 knots at 50% engine load was observed during steaming to the fishing grounds.

Electrical power onboard is provided by two Caterpillar C7.1 generator sets each with a rating of 118
ekW and are arranged for freshwater cooling via a set of box coolers supplied by Blokland. The system is designed so if required both generators can be run simultaneously which gives opportunity to power both the ships general systems and both the electrically driven hydraulic pumps sets at the same time. 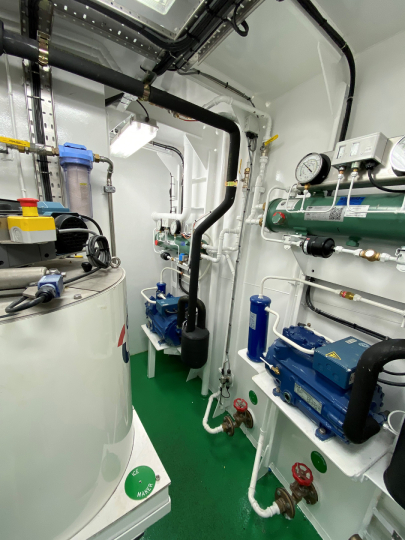 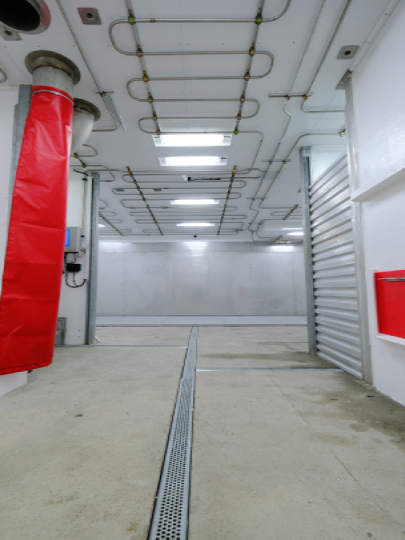 A small harbour set is also fitted of 33 kVA rating and is contained within a silenced acoustic housing to reduce noise levels when the vessel is berthed.

The electrical systems onboard were designed and fitted by R.D. Downie who also provided a large central switchboard along with all the pump and motor starters. In addition to this R.D. Downie also
provided the fire, bilge and gas alarm systems onboard along with the navigation light panel and
assisted with the installation of the navigation equipment.

The high specification navigation package was supplied and fitted onboard by Woodsons Marine
Electronics Limited of Aberdeen. 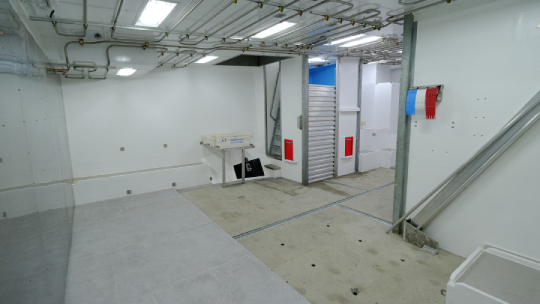 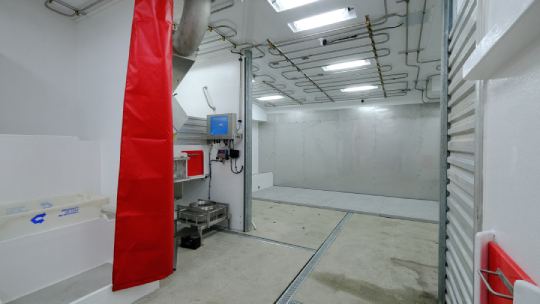 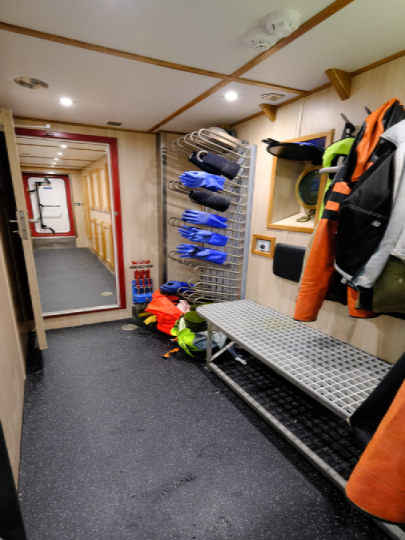 The Fishing Daily would like to congratulate Adam Tait and his family on their fine new boat from Macduff Shipyards Ltd and hope they have many years of successful fishing.

The Fishing Daily would also like to thank Macduff Shipyards for the excellent photographs and coverage of their new build NB 690. 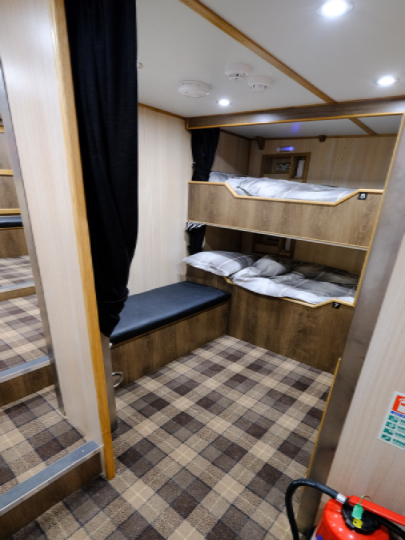 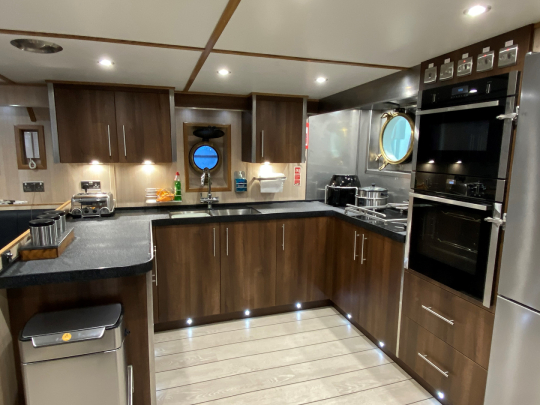 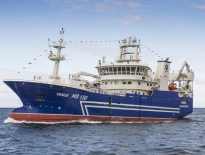 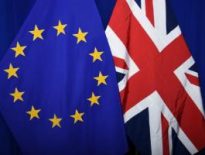